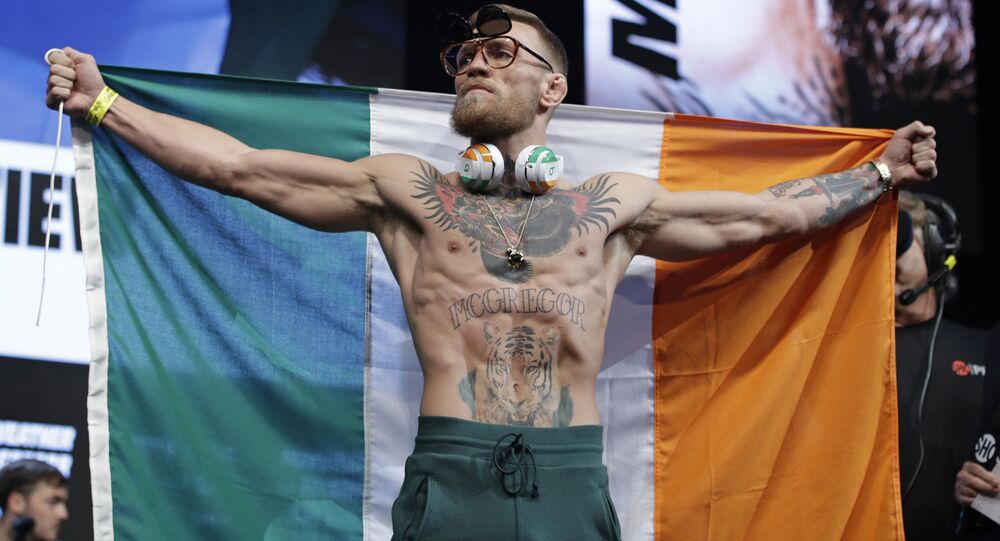 German MMA fighter Maurice Adorf bears an uncanny resemblance to the Irish UFC star, with some commenters suggesting that he might have done some research into McGregor's antics.

The German MMA Championship (GMC) might not be the most popular MMA competition in the world, but it has certainly come under increased attention after a viral clip of featherweight Maurice Adorf, a Conor McGregor doppleganger, made waves on the internet.

It was not only his haircut, beard, and tattoos, but also Adorf's entrance to the cage, mannerism and even fight stale that made the resemblance — whether intentional or not — all the more striking. The only difference is the fact that the German fighter looks like he is one or two weightclasses below McGregor.

I mean I've seen fighters emulate Conor out there, but never to this extent. All of the mannerisms.

I thought he was going to throw the spinning side kick when he took control of the center like McGregor does… sadly he didn't. Aside from that he did everything pretty damn well.

Last week, the Nevada State Athletic Commission suspended McGregor for six months and fined him $50,000 for his role in the infamous October brawl at UFC 229, with rival Khabib Nurmagomedov receiving an even a tougher punishment. Now that The Notorious is on a break from fighting, he has the time to sort out another issue — a woman claiming that he got her pregnant after having unprotected sex with her while in the UK.