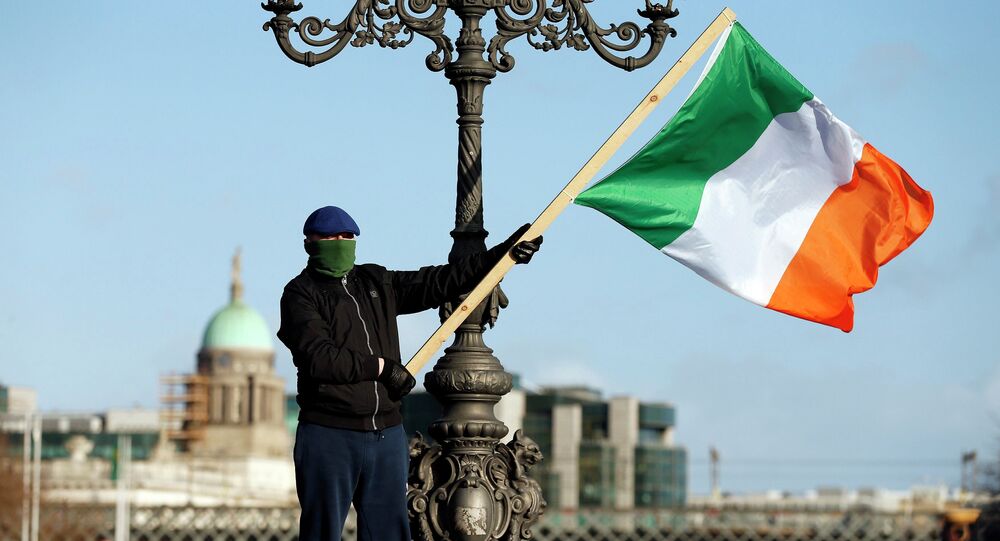 A Tweet meant to be a powerful message of commitment to defending Ireland’s interests in re-negotiations over the Brexit deal has turned into an embarrassment for German diplomats, who were caught in a mix-up of flag emojis.

The official account of the German Foreign Office has tweeted a statement by its head, Heiko Maas, on Brexit negotiations and discussions over the Irish border, promising that Germany and the entire EU would stand by Ireland on the backstop and would not allow it to be isolated on the issue.

The resoluteness of the message did not seem to have an effect. The ministry replaced the name of the country for a flag emoji, but picked the wrong one – namely, the flag of the Ivory Coast, which has green, white and orange stripes like Ireland, but in reverse order.

FM @HeikoMaas on #Brexit: Germany and the entire EU will stand by Ireland on the backstop. We will not allow 🇨🇮 to be isolated on this issue. pic.twitter.com/ELUrYJJQyN

​The slip was too good to overlook it. The reaction was merciless and hilarious, with netizens calling “to stand by Ivory Coast”.

👏🏻 That’s the Ivory Coast’s flag 🇨🇮. I’m sure they are thrilled with your new-found support. 🤦🏻‍♂️

​Soon, the gaffe evolved into a proper war of flags.

Very nice sentiment from the foreign minister of 🇧🇪

​To the German diplomats’ credit, they did not rush to delete the unfortunate mix-up, which incidentally occurred only on its English-language account, but instead took the feast of sarcasm to a whole new level.

Thanks to all our followers for spotting the mistake before we did. Fake news will never get past you guys 😉

We will not allow 🇮🇪 to be isolated on this issue. And we will continue to forge close ties with Côte d’Ivoire! https://t.co/h8xU1D3mv2

Yes, so we've been told 😂 Also, in our defense, we got it right in the original German tweet: https://t.co/GbtXRaHNFC. Wrong flag, but our message remains the same: We will not allow IRELAND to be isolated on this issue.

​Those responsible for the ministry’s social media presence eagerly responded to commenters with some witty comments of their own.

Fun fact: "flag awareness course" in German would be something like "Länderflaggensensibilisierungsfortbildungsveranstaltung" 🙃

We’re all confused by Brexit.

Our colleagues in Abidjan just called — our tweet is trending there! (No it's not.)

​The ministry even took the opportunity to give the commenters a lesson in diplomacy.

Yes, we made a mistake, and well done for spotting it. We hope that using the word "Ireland" in the previous sentence helped to bring our point across? Oh, and the country's name is Côte d’Ivoire 😛