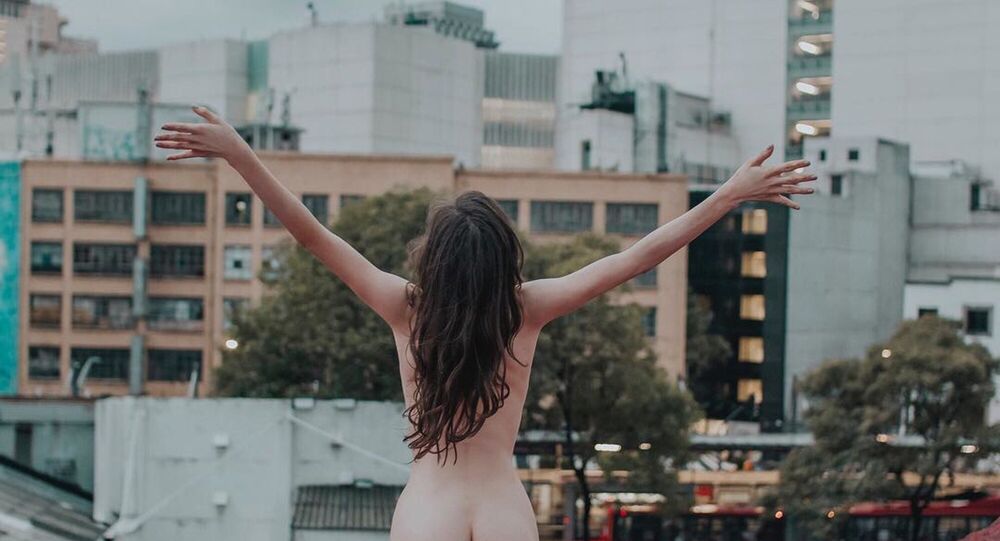 Nudity for the Win! Mexican Model Strips Naked for a Good Cause (PHOTOS)

The model revealed that even though she used this racy photo op to promote a benevolent cause, she received a lot of negative feedback from women who “attacked and criticised” her without “knowing anything” about her.

Are Rojas, a stunning 27-year-old model from Mexico, took part in an impromptu photoshoot to raise awareness about the "normalisation" of violence against women in Latin America and abroad.

"The surprising thing is that in the 21st century a naked human body generates more debate, controversy and concern than the violence we live every day," the model remarked, as quoted by the Daily Mail.

The photoshoot, which only lasted a few seconds, took place when the model was waiting in line at a gas station near Mexico City.

"It seems that we have 'normalised' violence, but nudity is more worrying for the false morality of our society. There is a need for comprehensive and real sexual education in schools, educating future generations not to rape, abuse or kill," she added.

According to Rojas, however, her actions apparently did not generate the kind of feedback she expected, as the model received comments from women who wanted her “to be killed”.

"They attacked and criticised me without listening to me, without seeing the news and without knowing anything about me," she complained.