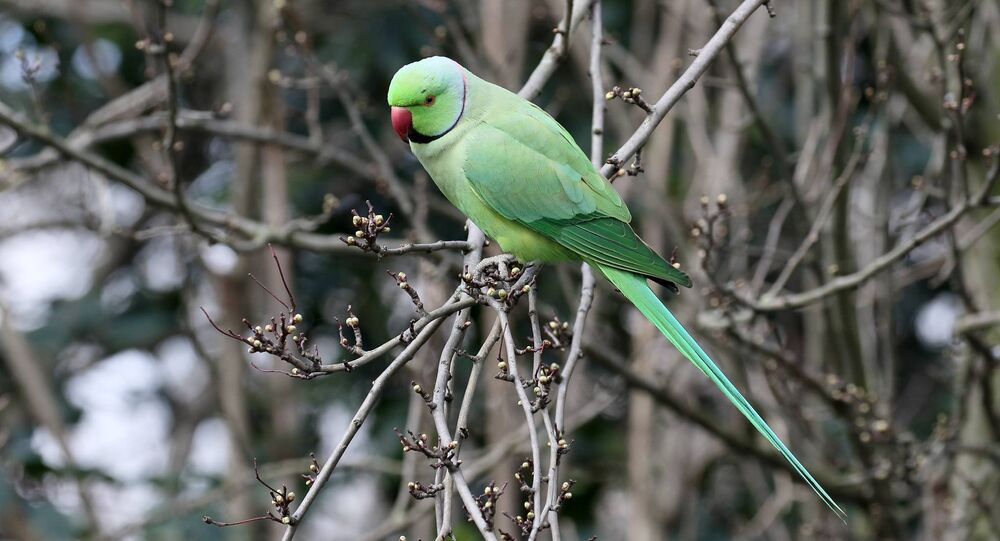 A feathered native of tropical regions has coped with the Scandinavian cold for an astounding five years and is still going strong, stunning locals and gathering a loyal fan base in the process.

Gunnar, a ring-necked parakeet, has become a local celebrity in the Norwegian town of Moss for surviving the cold amid crows, jackdaws and rooks. The free-spirited bird left his owner five years ago and has been living in the street ever since.

"His cage collapsed and opened. He came out and simply refused to go back in," former owner Åsmund Enoksen told the NRK national broadcaster.

Although Gunnar's species is native to the tropical regions of Asia and Africa, he has been coping with the Norwegian cold surprisingly well. Enoksen believes this is because Gunnar bolted in late summer and managed to adapt to the cold gradually. This take is shared by ornithologists.

"It must have watched what other birds do and has been feeding on bird tables and elsewhere. It has understood perfectly well what it must do to survive," Kjetil Aadne Solbakken, the secretary-general of the Norwegian Ornithological Association, told NRK.

According to him, ring-necked parakeets have established themselves in flocks in English and Dutch cities. However, repeating this feat in Norway, where it is considerably colder, is unheard of.

"Budgies and other tropical birds sometimes fly away, but they never survive the winter. I haven't heard of any similar stories," Solbakken said.

In his home town, Gunnar is being met with enthusiasm, admiration and concern. He is a frequent guest on bird feeders and various railings around the town. On 1 January he was even reprimanded by the local police in a tweet for having a brawl with jackdaws outside of the local newspaper's headquarters.

​By his own admission, Gunnar's former owner has given up on ever getting his pet back. Gunnar doesn't mind being photographed but is not interested in getting caught.

"After several years on the outside, it doesn't feel right to put him back in the cage. He has gotten by without being fed, which makes you think. I don't think he'd be better off than now," Enoksen admitted.

In Moss, Gunnar has risen to fandom and even has his own Facebook page. The local Moss Avis newspaper  frequently informs readers about Gunnar's recent adventures. According to journalist Torgeir Snilsberg, an elderly lady nearly fainted when she saw a green parrot in the snow.