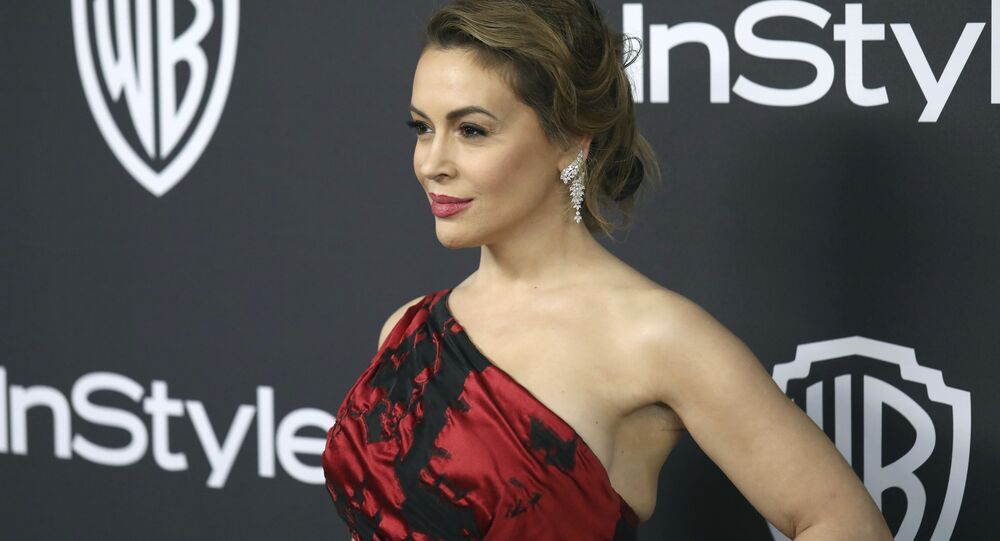 Alyssa Milano landed in hot water this week after she tweeted that the red “Make America Great Again” hat is “the new white hood” while addressing the viral encounter between a Native American elder and a group of students.

“Well, there you go again Alyssa. Tweeting a comparison of MAGA apparel with white hoods, intimating that anyone who’s worn MAGA has no love for minorities or ‘other people’ who don’t look like you or your ‘perfect’ child?  How dare you. Alyssa, did you not know white hoods represented hatred for minorities and ‘handicapped’ children and adults whom the hooded KKK and white supremacists deemed unworthy of life?” she wrote on Facebook.

The former vice presidential candidate continued her full-blown attack on Milano, citing the example of her own children, who are of indigenous descent:

“Remember some democrat leaders of old — like Sen. Robert Byrd — embracing all that as part of their disgusting KKK association? So… from your warped Hollywood perch are you including MAGA-wearing moms of Native American kids (like mine) AND ‘different’ children (like mine) in your intolerant, prejudiced, gag-inducing rhetoric?”

Alyssa originally tweeted that the “red MAGA hat is the new white hood” in a reference to the misreported standoff between the “MAGA kids” and Nathan Phillips, a Native American.

Despite the backlash she faced when it turned out that the encounter was falsely covered, Milano didn’t apologise, and cited a bizarre reason to explain why the confusion had happened in the first place.

Let’s not forget—this entire event happened because a group of boys went on a school-sanctioned trip to protest against a woman’s right to her own body and reproductive healthcare. It is not debatable that bigotry was at play from the start.

Initial clips from the encounter showed the MAGA hat-wearing boys surrounding Phillips as he beat his hand drum, with media reports suggesting that the students were chanting and harassing the 64-year-old man.

In particular, the camera focused on Nick Sandmann’s smiling face, which was largely perceived as disrespectful to Phillips.

© Photo : youtube, The Clover Chronicle
Left-Wing Activists, Media, Celebrities Under Fire Over Inflating 'MAGA Kids' Scandal, Can Face Libel Lawsuits
But shortly after the video led to widespread denunciation on social media and beyond, with the boys being slammed as “racist”, more footage surfaced, showing that Phillips was the first to approach the kids and start beating the drum in front of the boys.

Sandmann issued a statement, saying that "misinformation" and "outright" lies were being spread about the standoff.

He elaborated that a group of African-American protesters shouted "hateful things" at him and his schoolmates. He also explained that he smiled in the Phillips’ face to let him know that he was not going to be “provoked into a larger confrontation”.