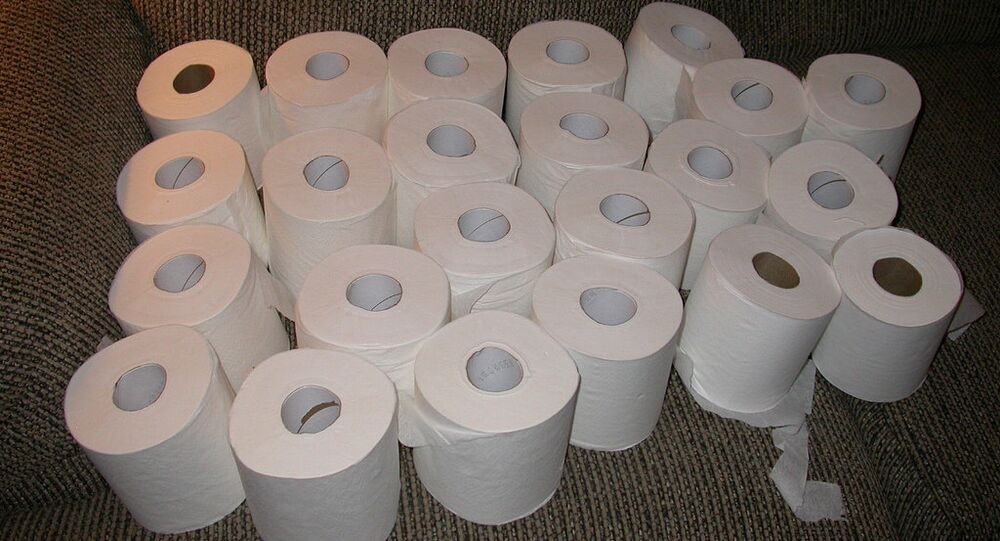 While many claimed that the hygiene product indeed insults Muslim beliefs, while not buying the store’s distinct explanation, others rose in defence, saying that it is “idiocy” not to see an aloe vera leaf image behind the indentation.

Over 2,000 people have signed a petition accusing the chain Marks and Spencer of “deliberately insulting” their religion and calling on the supplier to change the pattern of their toilet rolls, as they claim they feature a sacred Muslim word inscribed in Arabic.

The move came after a viral video emerged of an unidentified man showing the Aloe Vera 3-ply toilet tissue with a respective ornament, which is specially zoomed in on.  In the footage, he can be heard calling on his “brothers and sisters” not to buy the supermarket’s own brand £2.50 roll because of the name of Allah allegedly featured on it.  Having been viewed several hundred thousand times on YouTube and social media, the footage sparked genuine fury, with commenters divided over the issue.

"Shame on M&S. I never expected M&S to go so low morally. I support a full Boycott of M&S", one wrote, closely followed by a like-minded commenter:

"No heart, absolutely no heart. Just why?"

"This is absolutely disgusting and has caused upset and sadness to me and many people. It’s even more upsetting that they are trying to say that the word is in actual fact a representation of an aloe vera plant”, user Samira Akhtar wrote, opting for a more detailed comment.

"I for one will definitely be boycotting M&S products and encourage those who believe this product is causing offence to do the same", she added.

Marks and Spencer, meanwhile, denied the claims, taking to Twitter to confirm that the indentation is “categorically of an aloe vera leaf”.

Some, however, shared words of support for the retailer:

“Sorry you’ve had to deal with such a ridiculous thing M&S! Yet again I’m embarrassed by my fellow Muslims. I love your stores and will continue shopping in them”, a user named AminaJane Ishaq posted, with others also weighing in:

“This is called pareidolia. That’s when your brain sees a pattern that isn’t really there. For example, when you look at a cloud and it looks like a rabbit, or you look at the moon and see a face”, another wrote YouTube.

“That’s an indentation from handling the toilet paper you idiot”, yet another netizen commented.