The feminist march took place in downtown London this past weekend, attracting thousands of supporters. However, many chose to withdraw from the group and distance themselves from the march’s rhetoric, which uses the word “cis” to speak about “women at birth”.

The Women’s March movement, to the theme “Bread and Roses” in honour of American feminist Rose Schneiderman, has sparked outrage after a number of its organizers referred to female MPs as “menstruators”. 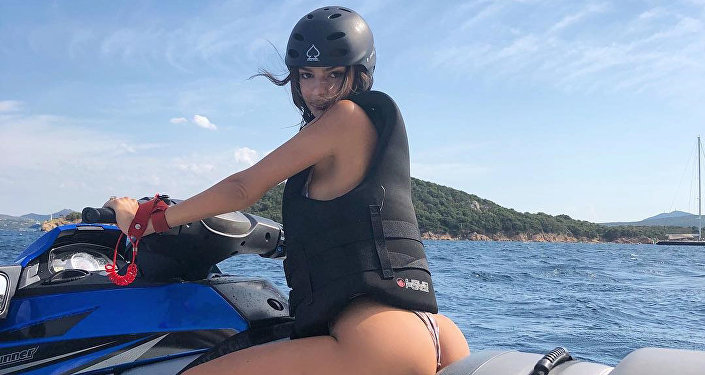 Thousands of campaigners, including the transgender activist Munro Bergdorf, marched across London on Saturday in the run-up to the anniversary of Donald Trump’s presidential inauguration, holding up posters saying “austerity is misogyny” and “Brexit wrecks it”.  Hours later, however, the march moved on to Twitter, resulting in a war of words as organizers reduced the fair sex to “menstruators”.

Referring to the time the UK joined the EU in 1973, when Margaret Thatcher and Barbara Castle were among the 23 women sitting in Parliament, the Women’s March tweeted about the EU’s so-called “tampon tax”:

“Fun history lesson — when the UK joined the eu [sic] it had a limited time to choose which products could remain tax free before everything had to have vat on it. In 1973 there were 23 menstruators in parliament. So really the tampon tax is an issue of political representation”.

The tweet instantly drew criticism online, with even followers hitting at the outrageous “inclusivity” and vowing to distance themselves from the movement. One attempted to get across a message that “an afab woman’s journey” is far different from that of a transgender one, although both exist in today’s world:

“’Inclusivity’ reducing women to ‘menstruators’. Disgusting. Eroding away definition of woman to appease men. I support trans women as trans women, their journey is hard and I won’t pretend to know it, as they should understand they won’t understand a woman’s journey, ridiculous”, the user tweeted.

Others pointed to the fact that there are those who “never menstruate” or have gone through menopause, which is hardly a justification for not calling them women:

Despite the post being subsequently pulled before the group clarified their point, the “incendiary” words had already sent the pendulum swinging:

You knew ‘mentruators’ was incendiary and chose to use it anyway thereby shifting wide focus from the march and movement to your agenda on a single issue. And it wasn’t even accurate given the women’s ages. Nice job! 👏👏👏👏

One even pointed to the fact that “menstruators” sounds like a religious or a political belief:

“Menstruators” like it’s a religious belief or a political affiliation 🙄 we’re called women. How can a “Women’s March” reduce women to their biological functions. They’re trying so hard to be woke they’ve just regressed into confusion

Others eagerly dwelled on the now frequently used notions of “cisgender”, “cis males”, or “cis females” referring to people belonging to this or that biological gender at birth, stating that such wording is superfluous and offensive:

My original response to this has mysteriously disappeared so I’ll say it again — cis, afab, menstruators are unnecessary and offensive. Trans women are not women. You do not speak for me and have no right to call yourselves a ‘women’s’ march

The commenter even complained about her previous post, in which she asked not to be referred to as “an afab female”, being deleted, drawing support from other Twitterians:

Why are you silencing women who ask not to be referred to as “cis” or “menstruators”. Deleting their comments can hardly be seen as being pro women. It’s almost like you’re centring men — but I’m sure that can’t be correct 🤔

We're actually living in a time where the women's march, which is led by someone born male who says suffragettes were white supremacists, also calls women 'menstruators' and tries to silence women

The London-based Women’s March later clarified their point, sharing their “regrets” over the “offence caused by the use of the term “menstruators”.

Dear all, please see the attached statement clarifying our position on the use of the term 'menstruators' and reiterate that we are a fully inclusive, intersectional feminist movement. pic.twitter.com/asHYl23rWT

However, the wave of protests didn’t subside at once, with netizens suggesting that the organizers pay attention to the way the female MPs in question and others identified themselves:

Have you apologised for calling the female MPs 'cis', since you have no idea how they identified? If you're going to have a principle of self-ID you have to apply it consistently, and not inflict it on people who haven't told you how they ID.

A number of people again picked up on the group’s use of “cis”, demanding that they stop doing this:

Stop 👏🏻 using 👏🏻 the 👏🏻 word 👏🏻 cis 👏🏻. Stop insisting women identify with the sexist stereotypes. Stop giving me a "gender identity" I don't have, or even want. Try listening to women.

Women's March is Back in Washington Amid Ideological Split