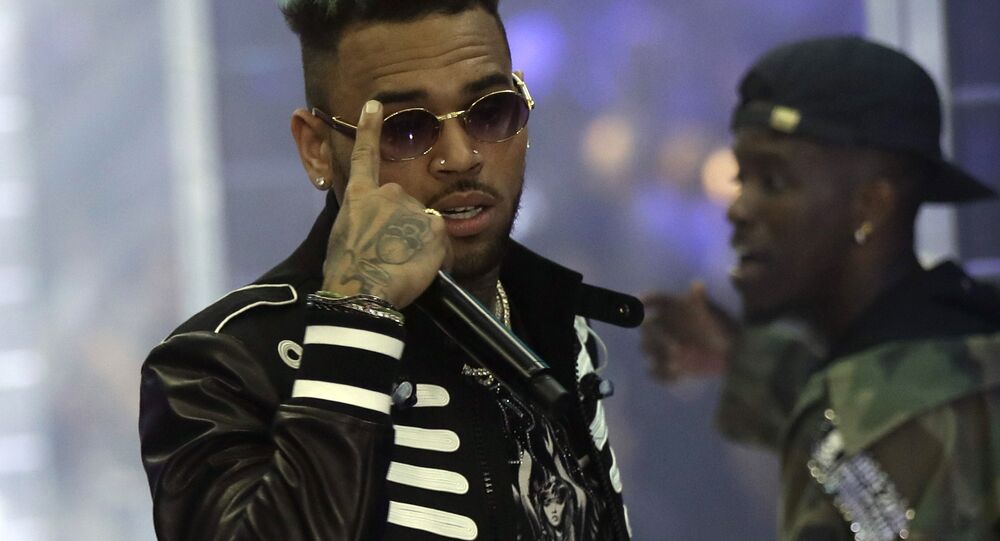 US singer Chris Brown was arrested in Paris on Monday with two other people on suspicion of rape, Closer magazine reported. Twitter users have been quick to draw parallels with the case of American R&B star R. Kelly, who is also embroiled in a sex abuse scandal.

It didn't take long for commentators on social media to conclude that the two US singers share more in common than their love for music, as news of Chris Brown's arrest surfaced on Tuesday.

Some instantly argued that the incident spelled doom for Brown's career, while others plainly wondered "what is wrong" with the pop star.

The news of the arrest didn't come as a surprise to many, as news of Brown's history of violent behaviour flooded the media in 2009. The infamous assault against singer Rihanna, Brown's girlfriend at the time, saw the Barbados-born singer left with bruises and a split lip, after he attacked her in his car.

At the time Brown received five years of probation and a community service order for the assault.

So Chris Brown has been accused of rape? pic.twitter.com/2PqiKeKSCJ

Lmfao Chris Brown keeps getting arrested for crimes against women and some of you been supporting him throughout all the beatings, alleged rapes, holding girlfriends hostage with guns, stalking and breaking into his gfs houses. https://t.co/XC3E6eL9JL

Are we really surprised about the Chris Brown rape allegations? I mean we all know he's fine with beating up women, so why not sexual violence aye? Already seeing many of his defenders calling the accuser "thirsty". We live in a society 😒😒

The recent report of the singer's arrest in Paris led many to see similarities between Chris Brown and fellow US singer R. Kelly, who is currently facing a number of allegations of multiple cases of sexual misconduct with underage girls.

Chris Brown is in jail? For rape? RAPEEEEE?? Him and R Kelly are in the same boat then. pic.twitter.com/5ABU8HFbCU

R. Kelly and Chris Brown out for a walk pic.twitter.com/6t9bNN3qj3

French police arrested Chris Brown following complaints by a 24-year-old woman, who accused the artist of rape in a hotel room during the night between 15 and 16 January, the French magazine Closer reported. Two more people have been detained on suspicion of rape, a French police source said.