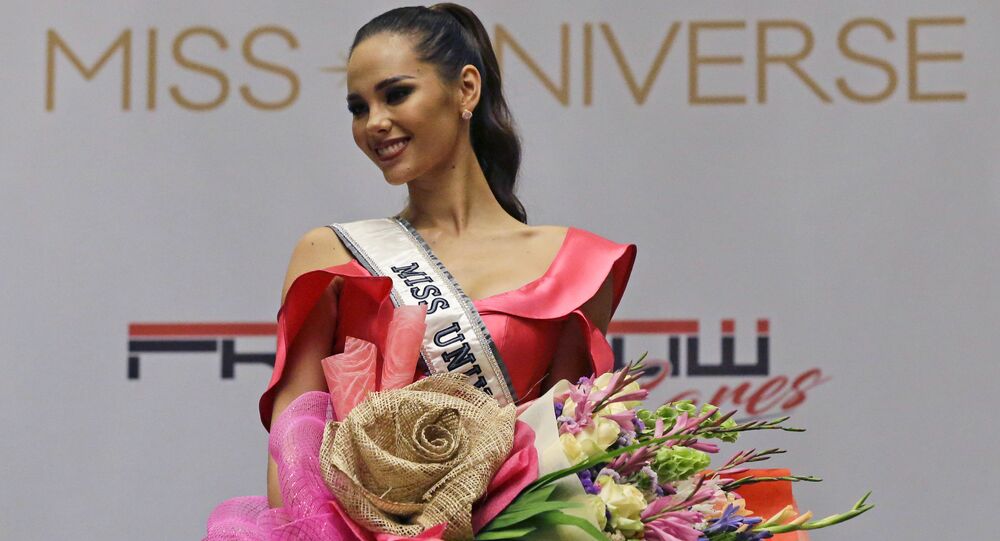 Now and Then: Miss Universe 2018 Looks Back at Jaw-Dropping Old Photos

Blessed with a baby face and a stunning figure, Ms Gray posted snaps of herself to show her fans how different she looked a decade ago.

Newly crowned Miss Universe Catriona Gray has taken up the 10 Year Challenge, which has been making waves on social media.

The 25-year-old beauty, who took the coveted title in mid-December, two years after winning Miss World Philippines, shared two past-and-present collages. The first one shows her walking down the runway as a teenager alongside a picture of her as a Miss Universe contestant in her signature lava gown.

In the second couple of photos, Catriona showed off her "baby face" ten years ago and… the baby face she still has today.

Catriona Gray first took part in a beauty pageant when she was just five years old, when she won Little Miss Philippines 1999, and has worked as a commercial model for many years. Her coronation in the 67th edition of Miss Universe in Bangkok in December was celebrated in Australia as well, as the model grew up in Queensland and has Australian roots.

Before-and-after photos of another Miss Universe participant went viral after the pageant. A plastic surgeon shared images of Sthefany Gutierrez, who was 2nd runner-up in December's contest, showing her transformation after nose surgery. She drew flak on social media from angry pageant fans, who insisted that a contestant should be "all natural".

She Said 'Yes!' South African Miss Universe Gets Engaged to US Star Athlete