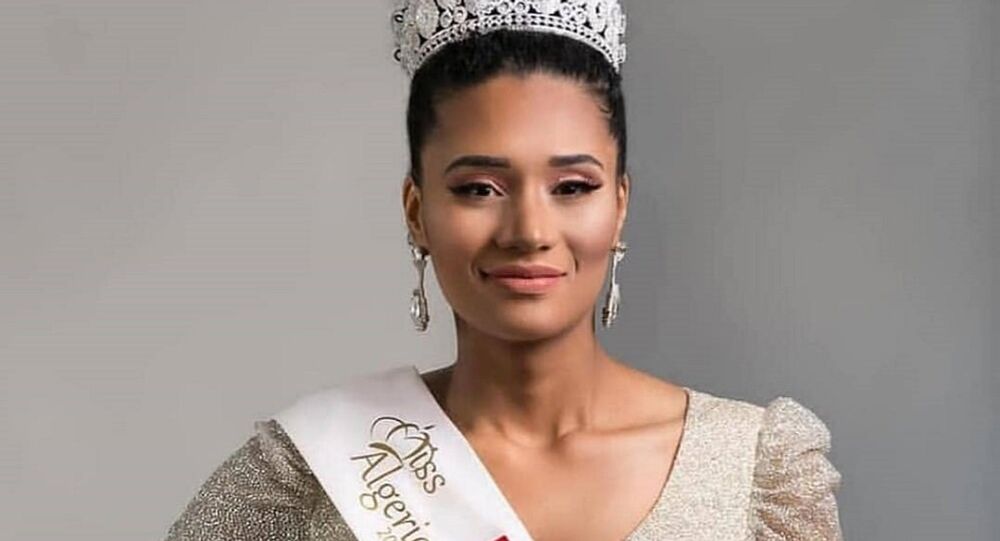 The results of the Miss Algeria pageant were a product of people’s anger over the political situation in the country, according to a journalist from Kuwait, though a Qatari makeup artist ventured that it might have something to do with a shift in beauty standards in the Arab world.

A female Kuwaiti journalist, Fajr El Saeed, has joined the chorus of the detractors of Khadija Ben Hamou, the recently crowned Miss Algeria who has been enduring a storm of online insults and abuse over her appearance, particularly her dark skin.

This beautiful lady is Khadija Ben Hamou. She was just chosen Miss Algeria 2019.

Sadly some users on Arab twitter are attacking & insulting her because she is a woman of color.

You are stunning Khadija.

First time in history of Algeria, a black woman is elected miss Algeria. A real progress, i am proud of my country but ashame that so many people are against the decision because of her skin color https://t.co/upkOnBLhFX

During her online TV broadcast, El Saeed claimed that Ben Hammou won the title due to the tense political climate in Algeria.

"They voted for her as a result of their strong anger over the political situation of the country," she said. "You are in a beauty pageant competition… I don’t know why they chose you".

A makeup artist from Qatar argued, however, that female beauty standards in the Arab world witnessed a significant change in recent years.

"Previously dark-skinned women sought to lighten their faces because fair skin was considered attractive. Nowadays, however, the Arab world and the Persian Gulf region embrace a Western tendency of retaining one’s natural face tone," she explained.

READ MORE: 'We Are All the Same': Exotic-Looking Model Poses for Semi-Nude PHOTO

Earlier this month, dark-skinned beauty Khadija Ben Hamou became the winner of the Miss Algeria 2019 beauty pageant, effectively becoming the second black woman to win the title, according to Vogue.

Weathering an intense barrage of online criticism and insults related to her appearance, she told Algerian news site TSA that she "will not back down", adding that she feels "honoured" to have achieved her dream.