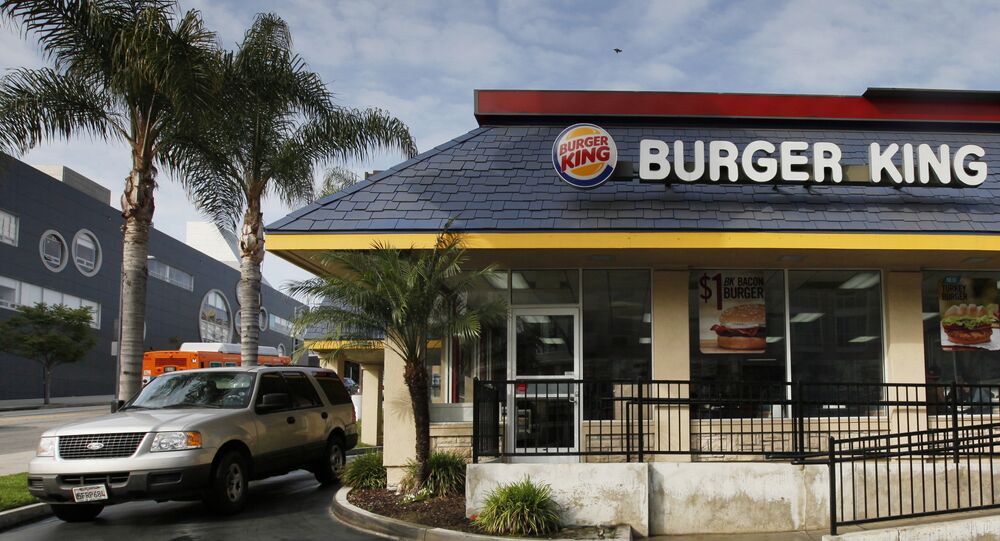 US President Donald Trump recently landed in a bit of food controversy after boasting about his food selections when hosting Clemson University's championship football team, referring to hamburgers as "hamberders."

© AP Photo / Andrew Harnik
Twitter Flips Out as Trump Wishes 'Haters, Fake News Media' a Happy New Year
Although Trump did eventually delete the tweet, screenshots were snapped of the typo. And if there's one thing that netizens know, it's that screenshots are the lifeblood of internet sleuthing.

"Great being with the National Champion Clemson Tigers last night at the White House," Trump wrote in the since-deleted tweet. "Because of the Shutdown I served them massive amounts of Fast Food (I paid), over 1000 hamberders etc."

"Within one hour, it was all gone. Great guys and big eaters!" he concluded.

​And just like that, the trolling commenced. Burger King, a popular fast food company which saw its early beginnings as Insta-Burger King, dived deep into its shade bank to type out a piece of work that exemplified the art that is trolling.

"Due to a large order place yesterday, we're all out of hamberders," the company tweeted Tuesday. "Just serving hamburgers today."

​The fast food chain, however, wasn't alone in wanting to taunt POTUS, who isn't a stranger to the internet's antics.

​The Clemson Tigers were also served food from McDonald's, Wendy's and Domino's Pizza, according to The Hill. No snarky remarks were offered by the fellow restaurants on social media.

The Clemson Tigers beat the Alabama Crimson Tide earlier this month with a score of 44 to 16, taking the win for the College Football Playoff National Championship.