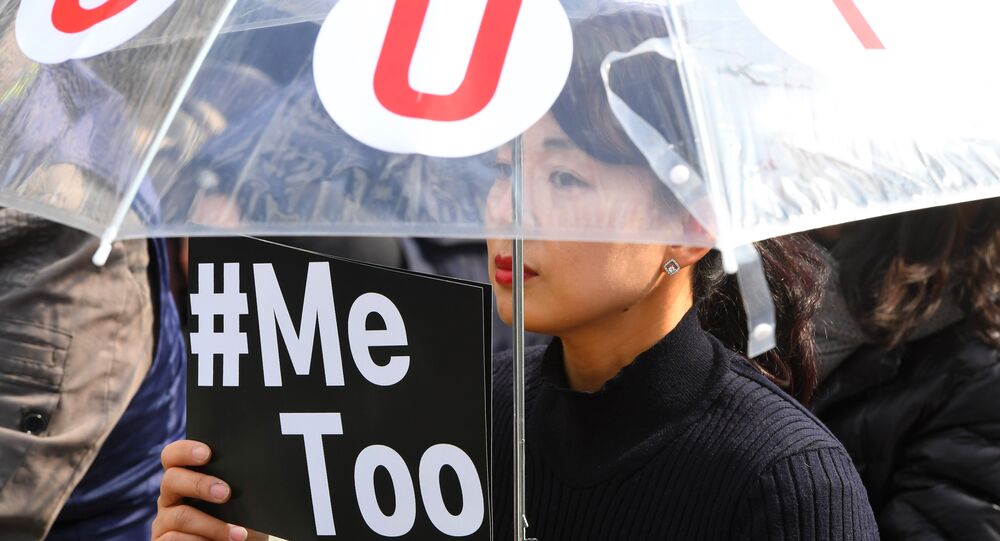 Gillette landed in hot water after an attempt to embrace the #MeToo movement by putting the responsibility on men to end bullying, sexism, and sexual harassment in a new controversial ad.

The 90-second-long commercial, called “We Believe”, encourages men to change their behaviour and shows shots of different men looking in the mirror as news on the #MeToo era is broadcast in the background.

“Is this the best a man can get? Is it?” a voiceover is heard asking.

“Boys will be boys”? Isn’t it time we stopped excusing bad behavior? Re-think and take action by joining us at https://t.co/giHuGDEvlT. #TheBestMenCanBe pic.twitter.com/hhBL1XjFVo

The ad continues by highlighting all the ways the mistreatment of women has been normalised over the years, and stressing that “toxic masculinity” and excuses defending ad behaviour should no longer be tolerated.

“We can’t hide from it. It has been going on far too long. We can’t laugh it off. Making the same old excuses. But something finally changed. And there will be no going back. Because we… We believe in the best in men. To say the right thing. To act the right way. Some already are, in ways big and small. But some is not enough. Because the boys watching today will be the men of tomorrow”.

The commercial also features a clip of actor Terry Crews, a victim of sexual assault, saying: “Men need to hold other men accountable”.

The ad has generated a heated debate, and drawn much criticism from social media users, who blasted the shaving brand for the commercial’s tone, with many accusing Gillette of jumping on the social justice bandwagon:

I've got a feeling the people behind this campaign were raised by really shitty dads. Looking to a razor company for life lessons is just pathetic.

Next week: Gillette change their name to Jeanette in a further desperate attempt to separate their brand from 'toxic' masculinity.

Massive FAIL. Get in the bin, you virtue signalling dolts. pic.twitter.com/r0EoBOghpN

“How to needlessly embrace leftist politics and destroy your brand”, as demonstrated by @Gillette https://t.co/2QwkmXQC31

A vast number of netizens announced that they would boycott the company and switch to other brands:

@Gillette Get Woke, Go Broke. I will no longer be using your products. I am not a bad person because I am male. #GetWokeGoBroke

PR disaster for @Gillette. Your anti-male ad has lost me as a customer and many others also. #gillette

Just sell some damn razors and keep your social justice stupidity out of it. Looks like it's @DollarShaveClub from now on.

After over 40 years of shaving with Gillette razors, I placed my first order with @DollarShaveClub today. I don't need to be misjudged, falsely accused, found guilty by association, and virtue-lectured by my razor company simply because I have a penis.

The majority of users pointed to the fact that the ad portrayed boys as “monsters-in-waiting”, and wrongly equated masculinity with men’s bad behaviour:

Your name might be on my football stadium, but you just kissed my business goodbye.

Boys are not monsters-in-waiting. Period.

The latest assault on men and masculinity is a video produced by @Gillette. It begins “Bullying, the MeToo movement and masculinity…Is this the best a man can get?” They go wrong by equating masculinity with men behaving badly and spreading male guilt. https://t.co/OITVSkHsbl

Think I'm gonna stop using your products now as you are clearly making men out to be monsters! You should stick to selling grooming products and not worrying about being so PC and jumping on the #metoo movement

On the other hand, there were those, who admired the ad, describing it as “must watch”…

Extraordinary ad from Gillette on the power of men holding each other to account — because “we believe in the best In men, to say the right thing, to act the right way”.

“And there will be no going back”
Must watch https://t.co/ZxnYjGlLqA

An empowering message to promote young men positively within the media surrounding the #MeToo movement, whilst addressing 'toxic masculinity; the perfect campaign for my dissertation. #Gillette #TheBestMenCanBe https://t.co/W5EXrYfHOw

That @Gillette ad. wow. Yes yes its making use of the wider debate about #metoo and gender rights, but who cares. The video's message of humane treatment of girls, boys, men and women needs to be SHOUTED from the roof tops, so bravo Gillette! https://t.co/CkcKWCLWpN

Toxic masculinity is real people. The fact that nearly 20% of women are victims of rape or sexual assault in their lifetimes is incredibly toxic! Men that are responsible for this must change their behavior. Good humans will keep calling them out! #MeToo #Gillette

…while others lashed out at people who negatively viewed the ad:

Gillete: *showing a video about how men can and should be better*

Then men on this post *freaking out* about it and claiming they're going to boycott Gillette is everything you need to know about how they see their own masculinity.

Seriously: if your masculinity is THAT threatened by an ad that says we should be nicer then you're doing masculinity wrong.

Gillette has also pledged $1 million a year to non-profit groups “designed to help men of all ages achieve their personal ‘best’, changing the conversation of modern manhood for generations to come”.

“From today on, we pledge to actively challenge the stereotypes and expectations of what it means to be a man everywhere you see Gillette. In the ads we run, the images we publish to social media, the words we choose, and so much more”, the brand, owned by Procter & Gamble, wrote on its website.

The #MeToo movement has been gaining ground since October 2017 after a wave of bombshell revelations of alleged sexual misconduct against influential Hollywood figures, including film producer Harvey Weinstein, surfaced. The hashtag #MeToo became increasingly popular on social media, prompting women from across the globe to speak publicly about their sexual harassment experiences.

Trial by Twitter: Year On for #MeToo Movement & the Reputations It Ruined