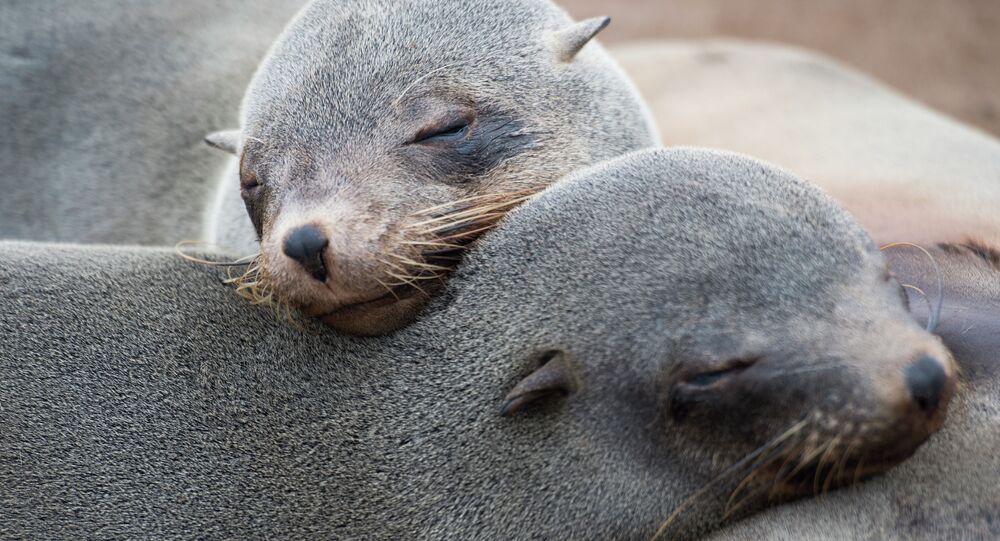 The only way to help the seals survive is by picking them up from roads and returning them to the ice, however, national legislation bans touching the grey mammals; therefore, locals sometimes fail to prevent their accidental deaths, the Washington Post reported.

Two harp seals were killed this week on the roads of a coastal Canadian town, Roddickton-Bide Arm in Newfoundland, as the area is witnessing an influx of the grey mammals, the Canadian broadcaster CDC reported.

According to mayor Sheila Fitzgerald, the road accidents happen because seals' grey coats render them invisible to motorists. She added that a number of drivers have approached the town administration saying that they had also nearly hit the seals.

"It actually feels like we're being inundated with seals because there are seals on the road, there are seals in people's driveways, the backyards, the parking lots, the doorways, the businesses," the mayor said.

© CC BY 2.0 / United Soybean Board
China Unveils New Animal Feed Rules to Reduce Soybean Imports Amid Trade War
She also stressed that the only way to help the seals survive is by picking them up from roads and bringing back to the ice.

However, national regulations prohibit touching the marine mammals, thus, the local public is unable to help the creatures.

Earlier this week, the Department of Fisheries and Oceans stated that it is looking for a solution for the problem, in association with the Royal Canadian Mounted Police in Newfoundland and Labrador.

Rare Hawaiian Monk Seal Gets Eel Stuck Up its Nose