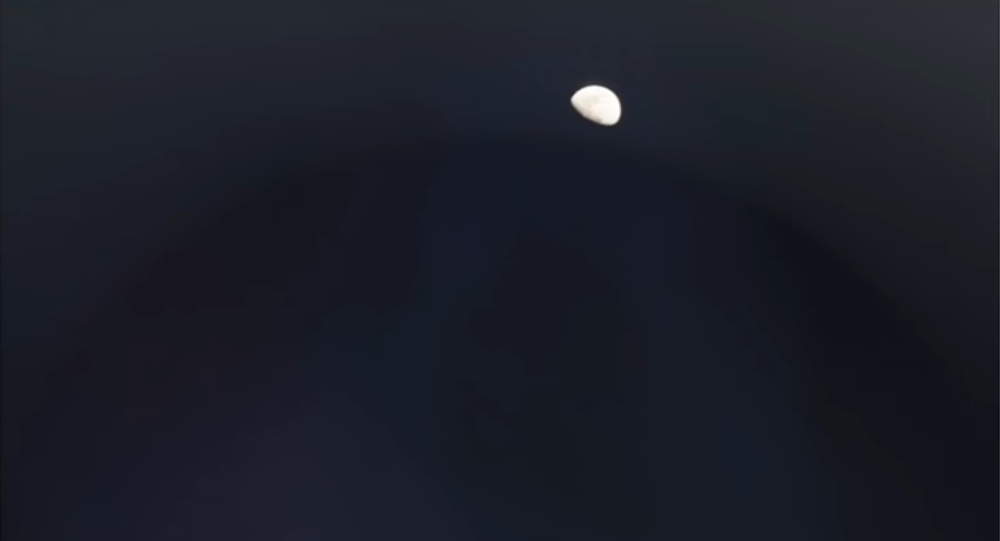 A "weird anomaly" spotted from the International Space Station has left conspiracy enthusiasts scratching their heads and putting forth various theories.

A YouTube blogger, with the nickname MrMBB333, discovered "the dark side of the moon": he spotted a large black outline looming underneath the moon on the photographs, which surfaced from the International Space Station's archives.

"It almost looks like a big, semi-transparent planet, or some sort of a large black hole. I have no idea what we’re dealing with, if anything at all. I’ve never seen anything quite like this, and I look at the International Space Station quite a bit. Every once and a while you’ll see something unusual out in the vastness of space, but this time it takes on an entirely new meaning", the blogger said.

The video has been viewed nearly 57,000 times as of 8 January, and received over 700 comments, with many coming up with extraterrestrial life theories:

© CC0
Alien 'Artefacts': Earth May Hide Signs of Extinct Extraterrestrial Life - Study
"Not saying it's aliens…but it's aliens﻿", one user wrote, having accompanied the comment with an alien emoji.

"Could it be the planet Nibiru coming into focus?" another YouTuber alleged, referring to a mythical alien planet.

Some suggested it may be Planet X — a secret alien planet prophesied to eventually crash into Earth, wiping out mankind.