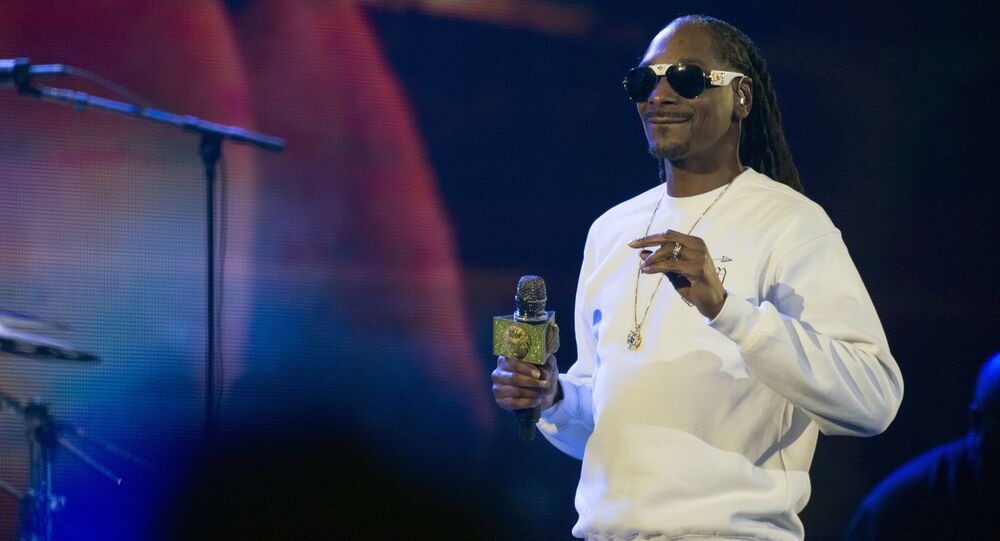 With no end to the US government shutdown in sight, the rapper had his say about the showdown between the US president and Democrats in Congress over the border wall funding when he addressed his supporters among furloughed federal workers in his very own style.

In the third week of the partial government shutdown, Snoop Dogg urged furloughed federal employees not to vote for Donald Trump in the 2020 presidential elections, saying that if they do, they are “all some stupid motherf***kers”.

In a video rant, the rapper uploaded on his Instagram account, he pointed out that “government people” are “being treated f**king unfairly right now, that's so terrible”.

“This punk motherf***ker don't care. So I'm saying that to say this: when the s**t get back on and y'all get y'all jobs back and it's time to vote, don't vote for that n***a. Please don't. Look what he do. He just don't give a f**k. Y'all honest, blue-collar, hard-working people and suffering. So if he don't care about y'all, he really don't give a f**k about us. So f**k him too, and f**k everybody down with Donald Trump", the rapper ranted.

Some praised the 47-year-old rapper for his “fo shizzle my nizzle” political analysis.

Of all the shutdown analysis, why is Snoop Dogg's the most on point lol pic.twitter.com/YjyferahW2

Sunday sermon from the Church of Snoop Dogg 🙏
pic.twitter.com/dSJXhvaRfK

Why not @SnoopDogg to host the #Oscars? He is perfect.

Snoop Dogg lays it down on the state of the union. pic.twitter.com/5Of1ZI9O56

​Others didn’t seem to like the message and accused him of switching sides.

@SnoopDogg what were you saying about someone you shook hands with, did a comedy special with, got paid with? pic.twitter.com/C5UWNCalnC

How is your duhmazz gonna be a cheerleader for state employees who fail to get the job done when your music has you saying "f the police?"
Now you work for the man, Snoopy Lion McDohDubbleJee?
Man, you've sold out, son.
Propagandize the followers with division politics 4 sheep.

​The government shutdown that has been going on for 17 days without any indication of when it may end was the result of a dispute over the funding of a wall on the US-Mexico border. Trump has requested from Congress more than $5 billion to construct the border wall, but Democratic lawmakers have opposed the US president’s demand.

Earlier, President Donald Trump’s suggested that he could bypass Congress to build a wall on the US border with Mexico. The president indicated that he plans to use the US military to put up the barrier.