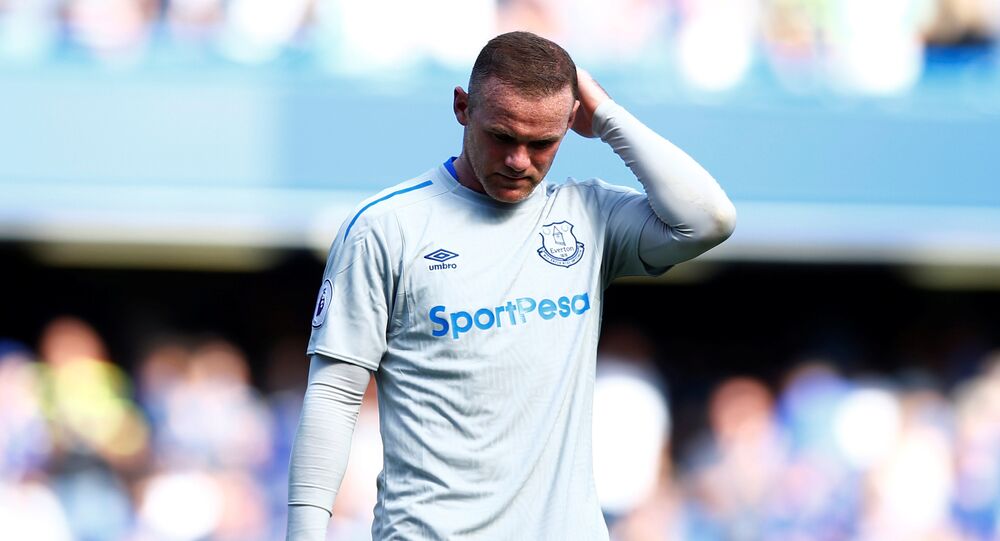 Wayne Rooney's spokesperson claimed the arrest came after the footballer was left “disorientated” by prescribed sleeping tablets he took on a return flight from a one-day business trip to Saudi Arabia.

© Photo : PFC CSKA Moscow
Culinary Curiosity: Football Players From Abroad Try Russian Dishes
He was accused of public intoxication and swearing at a Washington DC airport on 16 December, according to court records, but was released at the airport after promising to appear in court. Rooney paid a $25 fine and $91 in court costs on Friday.

Rooney's spokesperson said that during the flight "Wayne took a prescribed amount of sleeping tablets mixed with some alcohol consumption and consequently was disorientated on arrival".

"He was approached by police who arrested him on a minor misdemeanour charge. He received a statutory automatic fine and was released shortly afterwards at the airport. The matter is now at an end. Wayne would like to put on record his appreciation for the manner he was treated by all involved. No further comment will be made", the spokesperson said.

In the meantime, a spokesperson for the Loudoun County sheriff’s office in Virginia said that the footballer "was booked into the Loudoun County adult detention centre on 16 December 2018, on a charge of public intoxication stemming from an arrest by the Metropolitan Washington airports authority police (MWAA)", but was later released on a personal recognisance bond.

READ MORE: 'I Could Get Killed': NBA's Kanter to Skip UK Game Due to Assassination Fears

Unsurprisingly, social media users have not been able remain indifferent to the news, especially when Rooney's mugshot was unexpectedly released:

Why does Wayne Rooney look like he's just dropped a soft rock album after a few years out of the limelight in his mugshot? pic.twitter.com/jkL8BKBgNS

Just seen mugshot of @WayneRooney from US nonsense, and I must say his hair looks fantastic! I'm gonna get saving.

Netizens are already ridiculing the image in every possible way, with some finding a resemblance between the footballer and Shrek, the green ogre from the animated movie:

Wayne Rooney has a mare with his mugshot mind pic.twitter.com/5yNLup58O5

Give him his Swamp back! 😂😂🤣🤣 @BBCMOTD @ChampionsLeague @BBCNews @CNN pic.twitter.com/ctnXQilpWC

As ironic as it may seem, some Twitterians suggested that it was the best shot of the player:

Isn't this the most flattering photo of Wayne Rooney that you've ever seen?? Supports my theory that mugshot photographers should be fashion photographers. Anyone that can make shit look…alright should be paid $$$ pic.twitter.com/NpvZVy9Aum

One of the most beautiful mugshots you'll ever see pic.twitter.com/PIc0weoDGh

​In September 2017, Rooney received a two-year driving ban and a 12-month community order after pleading guilty to being almost three times over the drink drive limit when he was stopped by police in Alderley Edge, Cheshire.