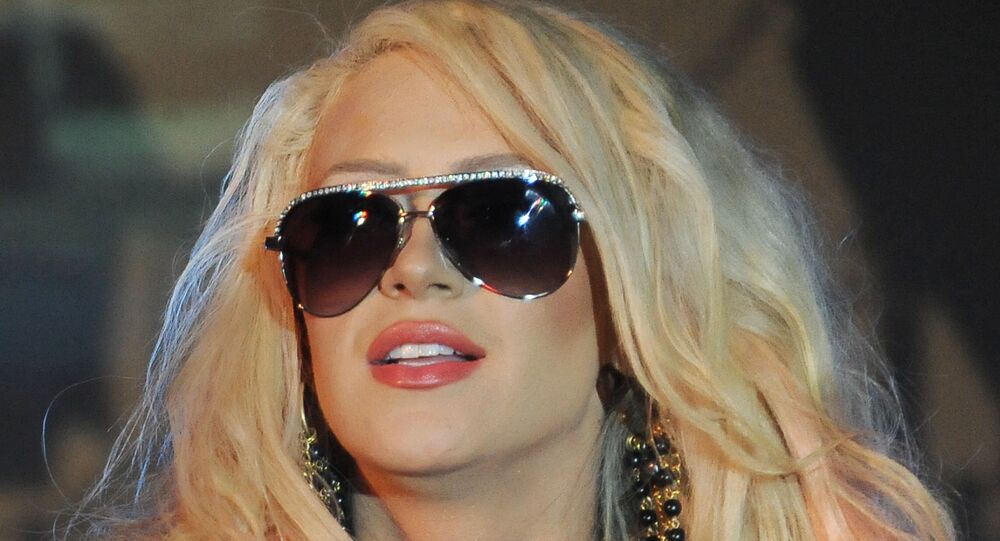 The famous singer is known to be a strong supporter of the traditional view on gender, stressing that there is no scientific evidence for more than two sexes.

Kaya Jones, a professional singer who became famous after performing with the Pussycat Dolls, has come under fire on Twitter for asking a single question in a post: how do people feel about their kids going to gender neutral restrooms? Along with the question, she included a video depicting one such bathroom.

How would you feel about your child using this bathroom? pic.twitter.com/W9HSqDUzCx

Many social media users had no problem with their children using gender neutral bathrooms, noting that such facilities have existed for a long time across the US.

Oh for pete's sake. Been in a @Starbucks lately? Lots of them have gender non-specific restrooms and WHO CARES! Also, wow, what is with that nauseating zoom effect?

Exactly this is a single occupancy bathroom like you find in say Starbucks. Idgaf if a man, woman, gender fluid, asexual or any other person used the person before or after me.

Others noted that restrooms in Jones' house are probably also gender neutral, further noting that she probably has no problem with that.

I’d have no problems.

Also that’s the same kind of bathroom you’d have in your house. Unless you have gendered bathrooms in your house, which would be…odd.

this may sound crazy but all the bathrooms in our home are gender neutral, all of them

Many netizens actually favoured such bathrooms over gender-separated ones, as they could thus accompany their kids more freely.

Well since it's gender neutral it means I can accompany my son and daughter so it will make life alot easier and I will feel much more comfortable.

Great! As a mom, I don't have to send my 9 year old son to go pee by himself in the male restroom, with adult males who might be pedophiles. It's one room that he can lock and he can do his business without being watched or worse. We should have more of these!

Numerous social media users stated that they would actually be terrified of using gender neutral restrooms if there was a person standing nearby filming the entrance.

First I’d call the police on the crazy person filming a public bathroom.

Terrified, tbh. They'd have to go to a bathroom with some crazy lady recording bathroom signs and god knows what else. Cut it out.

Many specifically noted the hectic manner in which Jones filmed the bathroom sign.

I'm concerned that someone felt the need to video this and in such a bizarre way. Concern about the restroom and it's use? Not at all.

Seeing the numerous negative responses, Kaya Jones finally gave her own take on the whole bathroom issue, claiming that she doesn't want to see men in the same restroom as her, but would prefer separate facilities.

Why is it controversial to say I don’t think women and men should share a public bathroom. Just curious. And how did we go from separate toilets 🚽 to shared ones.

Some jokingly noted that they would probably not be fine using such a restroom if one person in particular was inside.

100% fine. Sharing one with you on the other hand…

As long as there’s no priest or Republican congressman in there, I’m cool with it.

Several twitterians approached the question from a different angle and noted that it depends on whether the bathroom is suited for one or multiple individuals.

Fine. Question. Is it a one stall room, or multiple. If multiple, are the stalls floor to ceiling and the sinks in the common area, or some other configuration? Scaremongering based on a door is idiotic. My home bathroom is *also* gender neutral.

Kaya Jones is a known supporter of the view that there are only two genders. She opposes the notion of the existence of multiple genders that has arisen in recent years and has pointed out that scientists have so far only managed to prove the existence of two sexes.