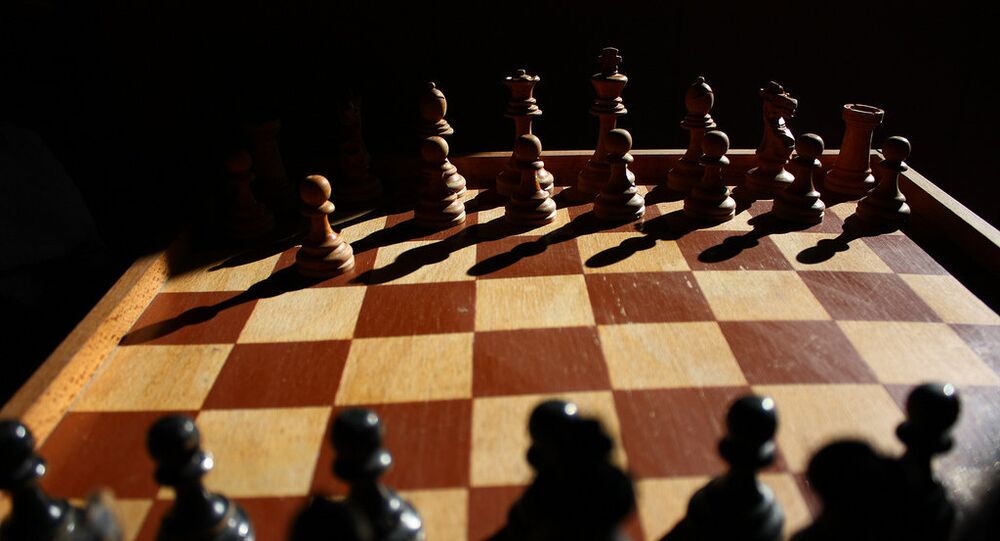 The young chess player refused to play against his Israeli counterpart because “Israel is the enemy.”

Mark Abou Deeb, an eight-year-old Lebanese chess player, has drawn a line in the sand, balking at playing against Israeli opponents at a tournament in Spain, a decision that earned him broad support in Lebanon, the Times of Israel reports.

However, Abou Deeb reportedly said ahead of the event that he wouldn't play against the Israelis, because that would mean acknowledging "normalization" with the Jewish state.

Lebanese boy praised for refusing to play Israelis in chess tournament: Mark Abou Deeb, 8, tells local TV he drew a line in Spain because 'Israel is the enemy,' thanks 'resistance fighter' Nasrallah, the Hezbollah leader, for lauding him https://t.co/gLA5AFUJUh TimesofIsrael pic.twitter.com/4NaoDRXZh8

​His decision has been praised in particular by Hassan Nasrallah, the leader of the Hezbollah movement.

"We have many venerable examples of confronting normalization," Nasrallah said in November. "Mark Abou Deeb, a Christian Lebanese youngster, participated in an international chess competition in Spain. He set a condition that he will not play with an Israeli because he is an enemy. Hope is here with these youngsters."

Abou Deeb himself was asked about Nasrallah's comments during the interview. When the hosts asked the boy whether he knew who Nasrallah is, he replied, "He is a resistance fighter. He liberated Lebanon from Israel."

© AFP 2020 / ANWAR AMRO / AA
'Revolution, Revolution!': Yellow Vests Protests Spread to Lebanon
And when the hosts asked if the boy had something to say to the movement's leader, he said, "Thank you," the Times of Israel reports.

Israel and Hezbollah clashed in 2006, with Israeli forces invading Lebanon after Hezbollah kidnapped two Israeli soldiers in a cross-border raid. The conflict, which lasted 34 days and claimed the lives of over 1,300 people, was halted by a UN-brokered ceasefire.

Lebanese-Israeli relations have remained poor for many decades, with tensions escalating recently amid Israeli suspicions that Hezbollah was being used by Iran to wage a proxy war on Israel. Throughout 2018, politicians, officials and generals from both Israel and Lebanon increasingly talked about the possibility of open war. In Israel, Hezbollah is considered a terror group.