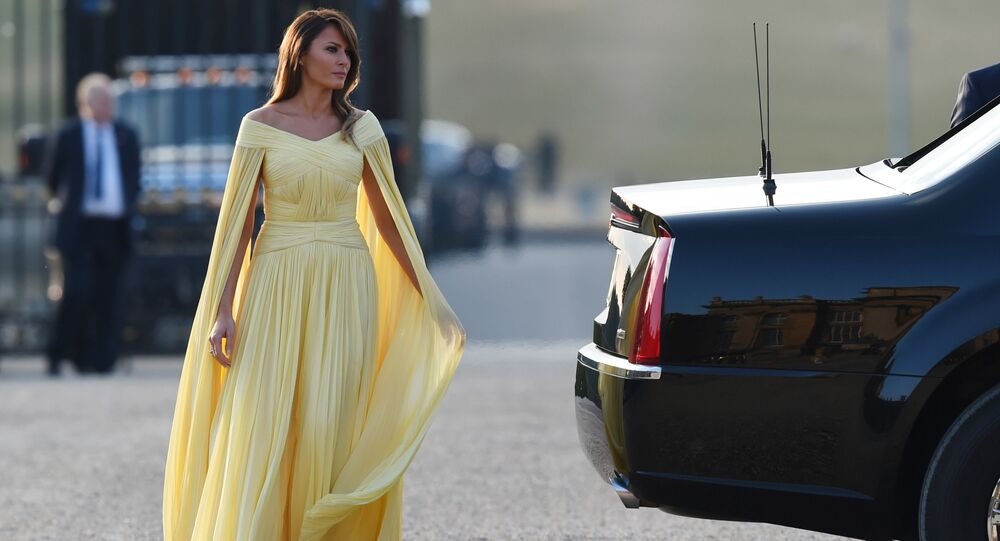 Melania Trump has previously posted only one other selfie since becoming the first lady of the United States, with the picture generating a mixed response on social media.

As the world celebrated the coming of 2019, First Lady of the United States Melania Trump stirred up social media by posting a rare festive photo of herself.

And while some were puzzled by the fact the selfie originally also featured Barron Trump, who was apparently cropped out of the picture before it was posted, others wondered why the first lady post the picture – only her second selfie since she moved into the White House – in the first place.

According to news.com.au, the first lady might’ve attempted this move in order to boost her popularity, as Melania’s approval ratings are lower than those of her predecessors, Michelle Obama and Laura Bush, possibly due to her keeping a low profile as the first lady.

The media outlet also noted that the selfie was “arguably” the only official photo made at the New Year’s Eve celebration at Trump’s Mar-a-Lago resort.

Previously, Melania posted only one selfie since she became FLOTUS, in December 2017, with the photo generating a mixed response on social media platforms.

Trump Was Concerned Over Melania's Safety During Iraq Visit – Reports