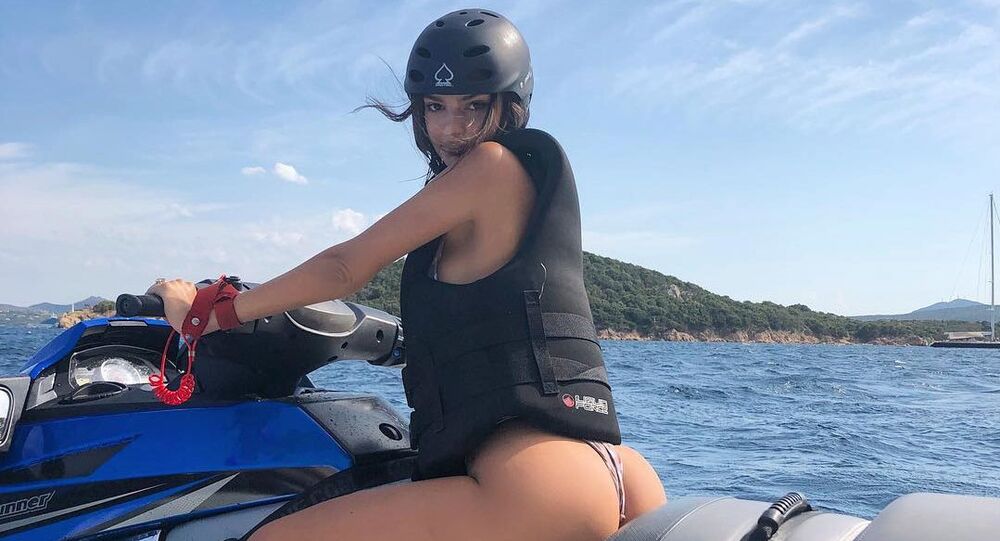 Two Instagram sensations have teamed up for a tongue-in-cheek photoshoot - driving fans wild and leaving them wanting more.

Social media celebrity Josh Ostrovsky (aka The Fat Jew) and model Emily Ratajkowski have posed for photos on a sunny beach in Gustavia, the capital of the Caribbean island of Saint Barthélemy.

In the triptych, posted by Josh Ostrovsky on Instagram, the two display their mismatched physiques and unleashed their curves — him in denim swim briefs and her in a red thong bikini.

"Am I doing this right?" The Fat Jew asked his model pal. "You're definitely not", she replied in the comments. Fans cannot get enough of Josh and Emily, but some playfully showed their preference for the comedian's overweight physique over Emily's killer figure.

"The more you see it, the more you realize that you can't UNsee it", wrote a user under the handle hammond3boys.

"I prefer your ass to be honest and I'm not even gay", another fan said.

Josh Ostrovsky, 36, is mostly known for his activity on social media, with his Instagram account followed by over 10 million users. The photo shoot with Ratajkovsky was not his first modelling experience: he signed a contract with One Management agency in 2015 and has appeared in several magazines since then.

The 27-year-old Emily Ratajkowski is an Instagram sensation with over 21 million followers. A self-defined feminist, she has built up her massive audience due to near-nude photoshoots and has hit the small and big screen alike. Named 2013 Woman of the Year by Esquire and 2018 International Woman Of The Year by GQ, she has featured in music videos by Pharrell Williams and Maroon 5 and had a minor role in Ben Affleck's 2014 film Gone Girl.

Model Says She Got Beaten Up for Wearing Revealing Dress (PHOTOS)