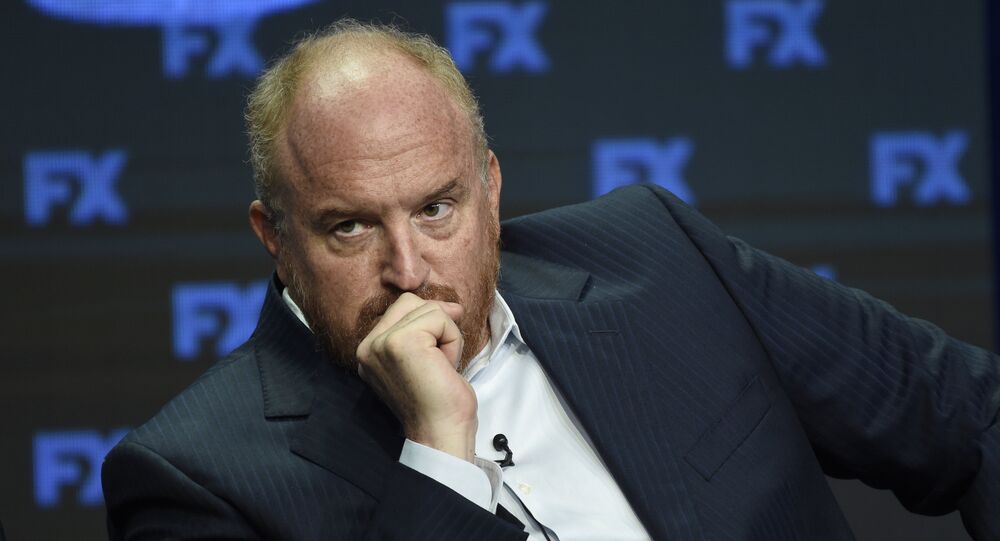 Slightly over a year ago, comedian Louis CK admitted to allegations of sexual misconduct shortly after five women stepped forward with accusations.

Leaked audio from a recent stand-up performance of Louis CK has been shared on social media, in which the disgraced comedian appeared to ridicule non-binary people and make jokes about survivors of the Parkland high school shooting in February 2018, Slate reported.

The authenticity of the tape is yet to be confirmed, but the audience can be heard laughing at his antics, as he took a dig genderqueers:

He went on to speak about the survivors of the Parkland massacre, which left 17 dead.

“They testify in front of Congress, these kids? What are they doing? You’re young! You should be crazy! You should be unhinged! Not in a suit. You’re not interesting. Because you went to a high school where kids got shot? Why does that mean I have to listen to you? Why does that make you interesting? You didn’t get shot. You pushed some fat kid in the way, and now I’ve got to listen to you talking?”

Many social media users were appalled by the tape, which is said to have been recorded during a performance on 16 December at the Long Island comedy club Governor’s, Slate reported.

LouisCK even trying for a comeback is crap, but him mocking the Parkland survivors is beyond despicable. There is no comedy there at all.

#LouisCK’s new set apparently has a section attacking #nonbinary people. He thinks it’s wrong to use “they” as a singular pronoun. I, on the other hand, think it’s wrong to sexually assault people.

LouisCK even trying for a comeback is crap, but him mocking the Parkland survivors is beyond despicable. There is no comedy there at all.

Twitter: Kevin Spacey’s comeback attempt was the most cringeworthy of 2018.

Some, however, defended Louis CK, saying that people have become too sensitive and shouldn’t be offended by comedy:

#LouisCK is hilarious. And this is no exception. #ILikeLouis

Lol we live in a world where comedians can't even tell jokes (free my man's #louisck) pic.twitter.com/Zmd01AKDqe

so you're telling me you're offended by a COMEDIAN, doing a try out COMEDY set? #louisck pic.twitter.com/BD9XFYMYat

Today’s Twitter mob digital assassination of Louis C.K. for “offensive” jokes (all good comedy is offensive to someone) reminds us once again that millennials have completely ruined comedy.

There is nothing Louis CK can say to offend me. Nothing is off topic in comedy. If you don’t like it don’t laugh.

“I have spent my long and lucky career talking and saying anything I want. I will now step back and take a long time to listen”, he wrote in a statement at the time.

Big companies, including Netflix, HBO, FX, and even his publicist dumped him following the scandal.