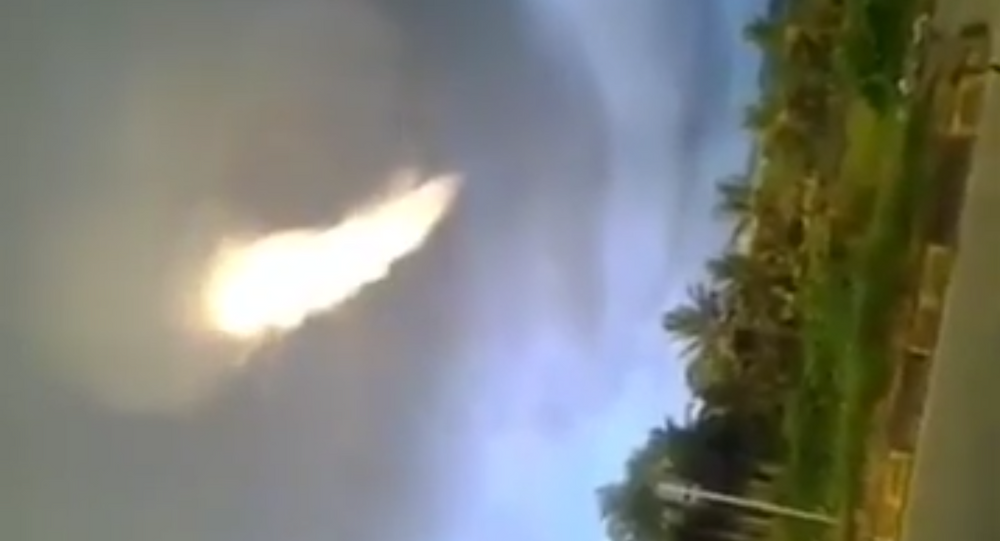 A blazing fire breaking through the grey clouds in the sky was caught on camera, prompting social media users to come up with somewhat wild conspiracy theories.

Impressive footage showing the sky bursting into flames and massive grey clouds of smoke has emerged from the Indonesian island of Sulawesi, with the clip going viral on YouTube and being viewed nearly 10,000 times.

While the reason for the fire ball's emergence remains unclear, social media users were quick to suggest that the phenomenon was triggered by weather controlling technologies, and was somewhat Biblical.

One user wrote: "The Bible says in the end times we would see STRANGE SIGNS IN THE SKIES. Little did we know they would be man made!", while another wondered: "Do they still have control of Weather Machines? I know it's deep but gosh".

A fellow YouTube user weighed in: "HAARP", alluding to the High Frequency Active Auroral Research Programme, funded by the US and built by BAE Advanced Technologies to help analyse the ionosphere and investigate the potential for developing enhanced technology.

Some, however, suggested that the extraordinary phenomenon might be caused by the Anak Krakatau volcano eruption, which triggered a deadly tsunami in Indonesia, killing over 400 people and leaving some 40,000 homeless.