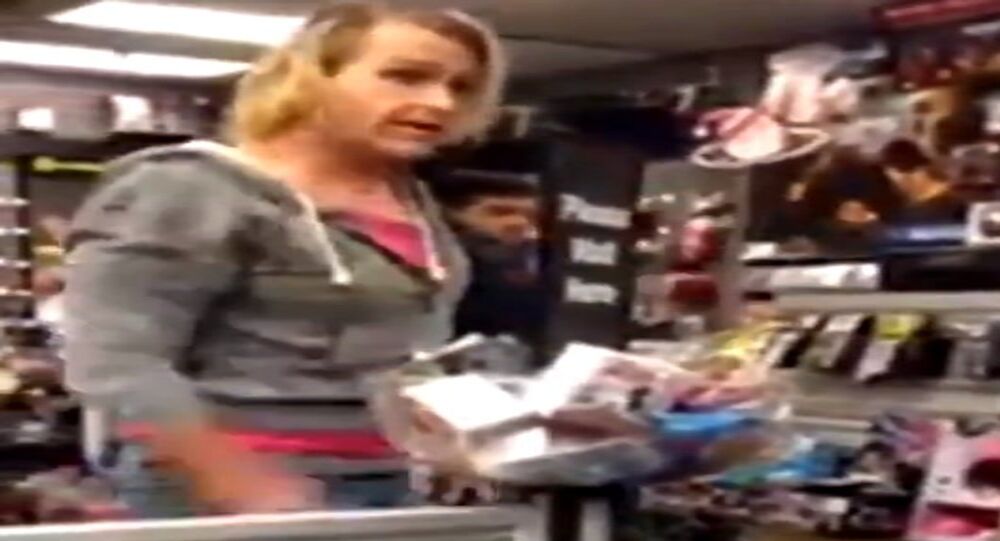 An astonishingly wordy reaction arrived as a store staffer invited a transgender customer, who identifies as a woman, to come closer to the cashier desk by referring to her as “sir”, with many Twitter users billing it inadequate, given the transgender person’s looks and the scale of the problem, which she perhaps took too close to heart.

Activist, “healer and radical intersectionality poet” Titania McGrath has taken to Twitter to post a video in which a transgender person strikes back against a shop assistant who referred to her as “sir”.

The employee, meanwhile, tried to defend himself, saying that the word was used in relation to a couple of other customers standing nearby, but the indignant transgender person persisted with his accusations.

“Utterly appalled at the continual misgendering of this beautiful and gracious woman. They have completely denied her existence by talking to her in this way.” However, most Twitter users didn’t take the whole thing as an insult, noting that it is the transgender woman who is to blame for the insults, while the cashier was sincere, apparently scared, and obviously didn’t mean to insult:

What a time to be alive — whether he’s a guy, woman, transgender or a potato the thing people need to focus on is the overreaction and damn rudeness of this individual! Yes they are entitled to identify as whatever you want but it doesn’t mean you have to stop being civil.

"By talking to her in this way."

Funny it's not the guy working there that's yelling & kicking things

One even drew the audience’s attention to the fact that the clerk apologised with sincerity, adding that there is nothing to be angry about:

The clerk sounded sincere in his apology. Let it go lady and move on.

Some, meanwhile, opted for a more ironic way of self-expression, claiming that the transgender woman’s existence could hardly be questioned.

At the risk of sounding like a biological essentialist, there is no doubt that person exists — none whatsoever.

Others suggested that the whole thing had been played-up, since the person in question is obviously “a man” — something which is perceived on the subconscious level, and the incident in general couldn’t help but harm the transgender community:

😂😂😂😂
It's sad how what was once a parody, is becoming a reality.

I don't mind trans people, but the reaction was uncalled for. The store clerk was clearly confused, and even apologised. If anything, this seemed to hurt the trans community.

This is hilarious. All jokes aside our brain recognizes what is what and sometimes it hard to try and change what comes out of the mouth. Relax it's not the end of the world.

Others came up with tons of most hilarious memes on the subject: