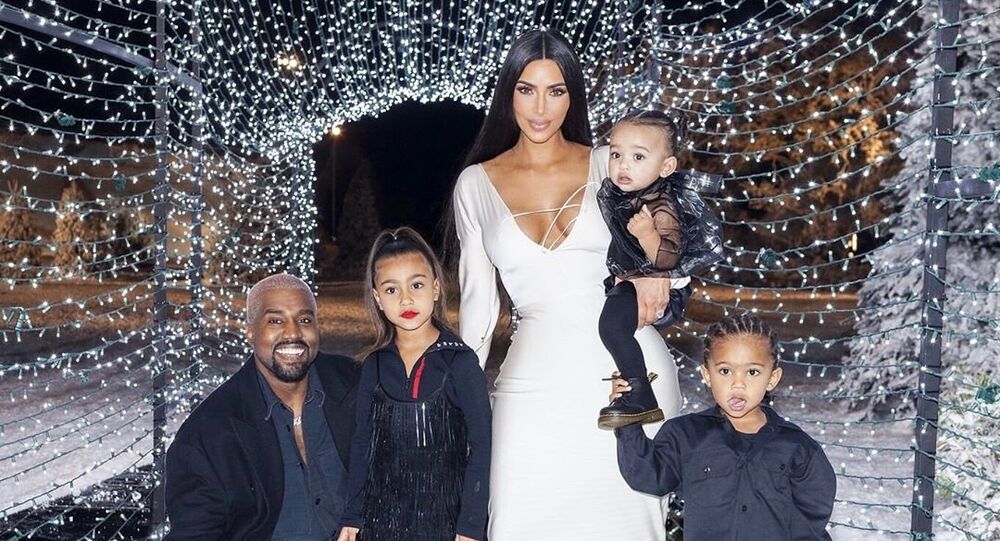 5-year-old North West, the daughter of reality show star Kim Kardashian and rap icon Kanye West, is probably the youngest fashionista of our time: outfits by Balmain, Vetements and Céline have a special spot in her spectacular wardrobe, which is enough to inspire the most seasoned trend-setters and fashion lovers.

On Wednesday, Kim Kardashian shared a series of photos featuring the whole Kardashian-West family, including her husband Kanye West, North, their son Saint and 11-month-old daughter Chicago, from the Kardashian-Jenner annual Christmas Eve Party — but it’s North who stole the show.

Given the amount of time her mother spends on developing her makeup brand, it’s no surprise that North chose to try it out on herself and rock red lipstick for the celeb-packed Christmas Eve Party at their mansion.

Many netizens pointed to the fact that little North was wearing makeup – something they deemed inappropriate for a 5-year-old girl.

Sorry there's nothing cute or iconic about a child wearing Red lipstick. Come on Guys

It’s ridiculous!!! Why is she having that child acting like she’s grown?!?!

It just might be a new Classic Red Lip I have launch VERY soon 💋 https://t.co/159rpXMUxp

…some even lashed out at her for what they described as using her child to make money:

Using your child to make money runs in the family, obviously!!!

Omg can't believe you put lipstick on your child to sell your products.
Shameful is an understatement.

How old is North?
Is there nothing they won't do for money?

Many Twitter users, nonetheless, jumped to Kim’s defence, saying that North’s look was iconic, and that there’s nothing wrong with a kid playing with her mother’s makeup:

North and that red lip is so iconic!

She is a cutie pie! All little girls like playing with their mamas lipstick. Ignore the haters. Your kids, your way, your choices.

North just made me go look for my dior rouge lipstick. An icon😍

North with that iconic red lip and drippin in Prada. trueeee queen

Kim, for her part, defended herself and her daughter’s makeup choice:

She picked it though! It’s a special occasion! https://t.co/dGIEjr7yAN