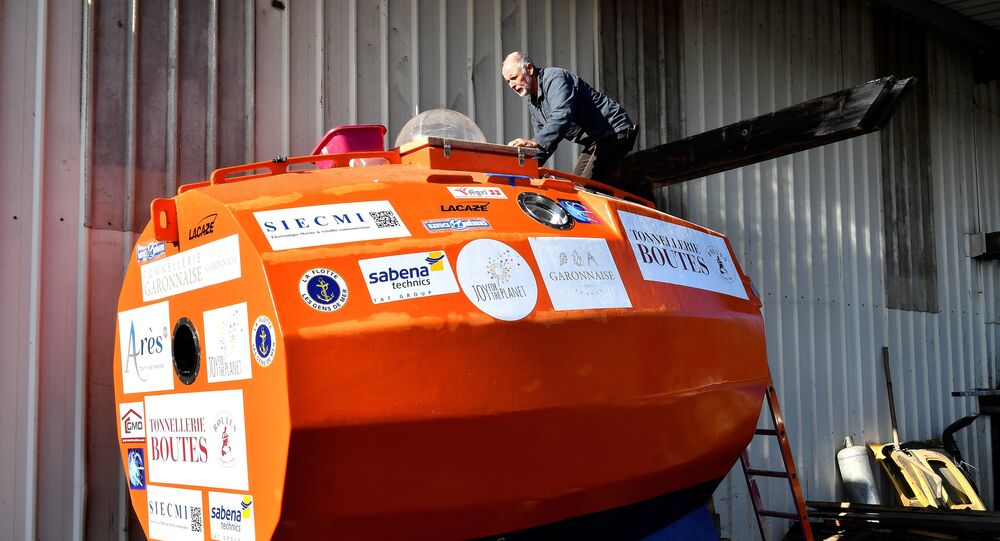 Jean-Jacques Savin has departed on a journey across the Atlantic in a specially constructed barrel capsule, with the goal of crossing the Atlantic Ocean.

Savin set off from El Hierro in Spain's Canary Islands on Wednesday aiming to complete his 4,500-kilometre (2,800-mile) journey to the Caribbean in only three months, the AFP reported.

His ‘barrel’ is a three-meter (10-foot) long, 2.1-metre (seven-foot) wide resin-coated plywood capsule. According to Savin, his journey might assist oceanographers in their study of currents in the Atlantic Ocean.

Savin, who funded the $66,000 trip through crowdfunding and a sponsor, described the expedition as a “crossing during which man isn't a captain of his ship, but a passenger of the ocean.” He reportedly is already 11 miles away from his initial departure point.

His goal is to ultimately reach the Caribbean — either Barbados or the French islands of Martinique or Guadeloupe. The barrel is equipped with a kitchen area and a mattress with straps to keep him from being thrown by the sea. Savin also said that he has a bottle of Saint-Émilion red wine to celebrate his 72nd birthday in January.