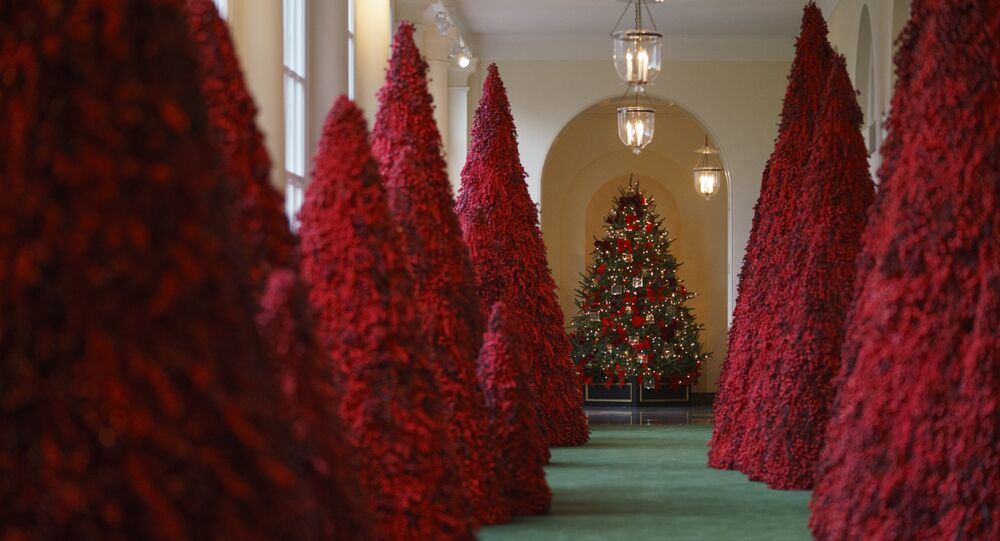 The phrase printed on the t-shirt "Trump" receives as a gift from RT is a reference to the interview with Alexander Petrov and Ruslan Boshirov, two Russian nationals accused by the UK of being spies, conducted by the RT editor-in-chief herself.

On Christmas Eve, Russia’s RT television network unveiled what appears to be its very special gift to the US government: a video titled "Happy Holidays from RT… and GRU?"

The video opens with "Donald Trump" unwrapping presents on Christmas morning at the White House.

After going through several presents, including a MAGA hat with a "Made in China" label and a golden diadem courtesy of the "Saudi king", Trump unwraps a gift from RT which turns out to be a black "Do you work for GRU?" t-shirt.

The phrase "Do you work for GRU?" became a meme after RT editor-in-chief Margarita Simonyan asked this question directly to Alexander Petrov and Ruslan Boshirov, two Russian nationals accused by London of being GRU (Russian military intelligence) operatives and attempting to assassinate Sergei Skripal earlier this year.

The video ends with "Trump" asking "Melania", who is already donning the new t-shirt, what the phrase written on the garment actually means.

"Yes, Donald. It says ‘Make America Great Again’, what else?" she says.

"Of course it does. That’s what I thought", he replies.