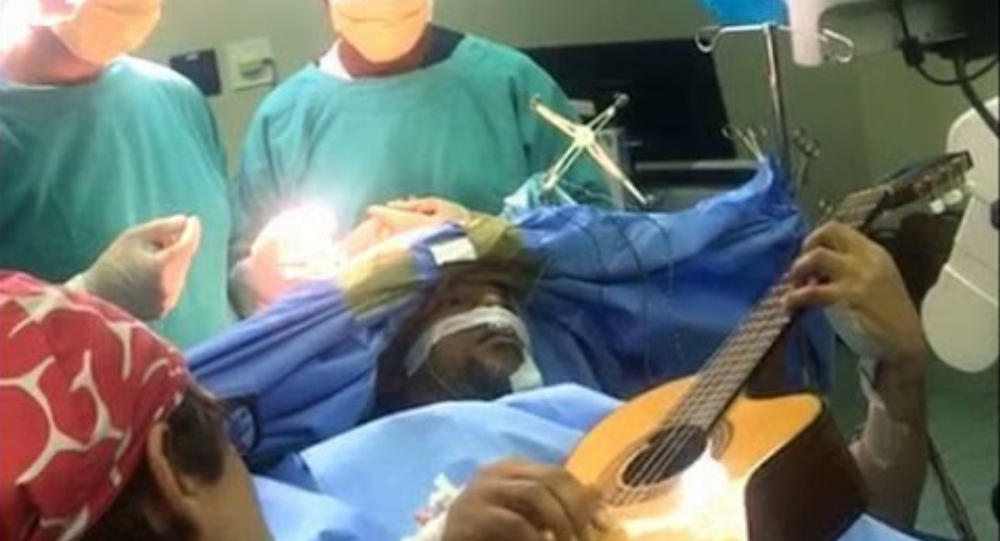 A South African guitar player, going through an "awake craniotomy", or a brain surgery operation, when a surgeon removes a brain tumor while the patient is awake, played the guitar so doctors could verify that the operation was a success.

"There you are, do your thing", one of the operating team said while handing a guitar to Musa Manzini, suffering from a brain tumor.

The performance was a must as an "ability to produce music" proves that the brain is capable of complex operations, thus, is absolutely functional, the Star reported, referring to one of the doctors who took part in the musician's surgery.

"It increased the margin of safety for us, in that we could have real-time feedback on what we were doing intraoperatively", the Associated Press cites Dr Rohen Harrichandparsad as saying.

In 2015 Carlos Aguilera, a Spanish musician, played saxophone, while having a similar operation.