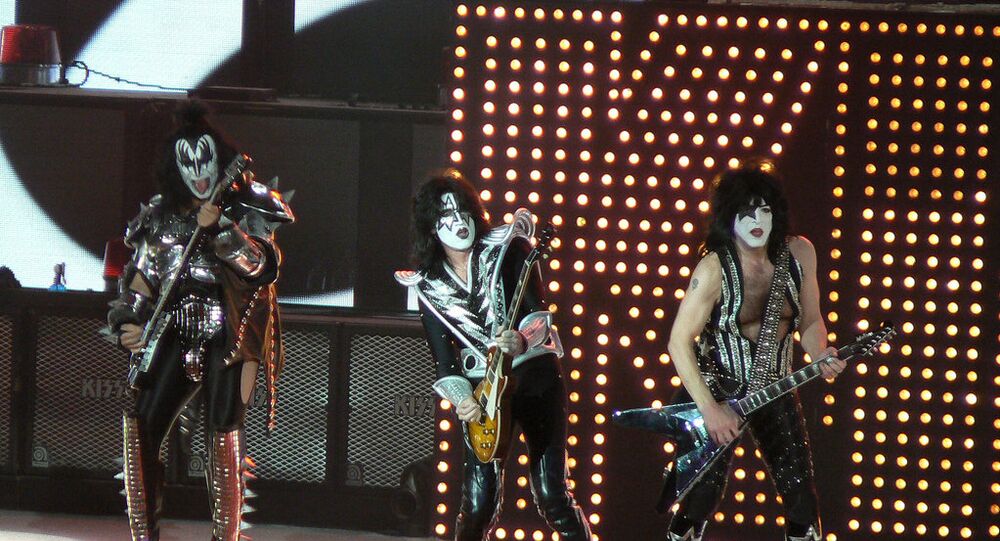 Ace Frehley, the original guitarist of Kiss, called on Americans to support the elected president regardless of their personal opinions on him.

Ace Frehley, the original lead guitarist of rock band Kiss, has made a rare foray into political commentary, urging the Americans to support US President Donald Trump regardless of their opinions, because he is the elected President.

Speaking on the "Juliet: Unexpected" podcast, he expressed his frustration over celebrities who were all too eager to voice their opinions against the incumbent president.

"I hate politics," Frehley said on the podcast. "I don't like talking politics, and I don't think politics and music mix. I really frown on musicians who get up on a platform and start talking about the president or complain about — I just don't think it belongs."

© AP Photo / Luca Bruno
Roger Waters' Plea Prompts Pink Floyd Tribute Band to Cancel Its Gigs in Israel
"Being American, we have the right to free speech, and I'm all for everybody putting their two cents in on everything, but when musicians or actors get really verbal and jump on a bandwagon against our government, I don't agree with that," he added.

However, even despite his declared political non-involvement, the 67-year guitarist did have some political advice for all Americans. According to Frehley, US citizens should support the nationally elected president regardless of their personal opinions of him.

He also talked about the band's farewell tour this year, and said that, if given an opportunity, he would be eager to play with Kiss once more. Frehley is the co-founder of the famous rock band, widely recognized for their trademark black and white face paint, which formed back in 1973.

KISS Frontman Runs Off the Rails, Gets Permanently Banned From Fox News