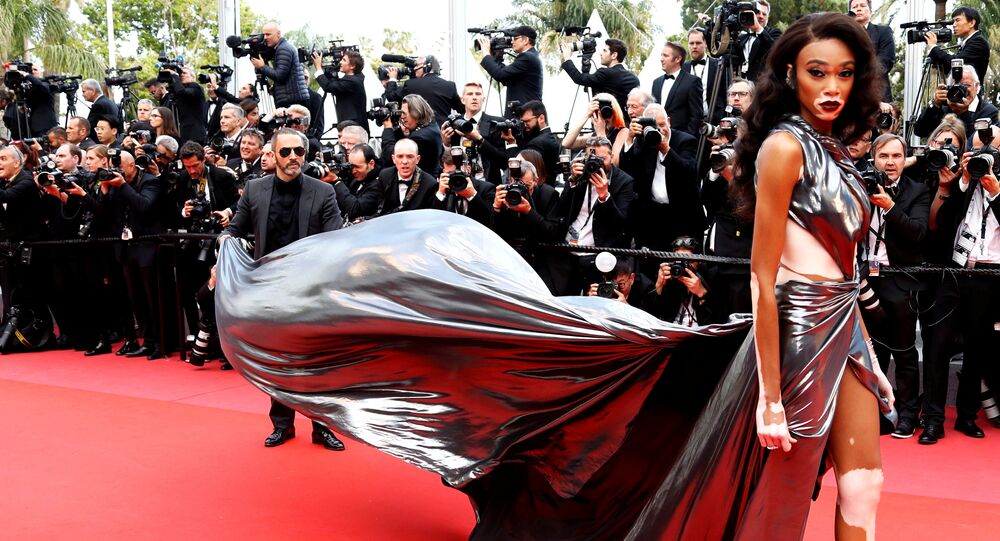 With only a bath towel and strategically placed hands to preserve her modesty, the model left little to the imagination of the audience as she posed for this picture.

Canadian model Winnie Harlow, a well-known public spokeswoman for vitiligo, has released a new racy picture of herself on social media, possibly to raise awareness about the skin condition.

The photo posted on the model’s Instagram page features Harlow posing with only a bath towel loosely wrapped around her thighs and strategically placed hands to preserve her modesty.

"We’re all the same underneath the surface", the model herself commented on the picture which already accrued over 460,000 “likes”.

While many social media users praised Harlow’s image, calling her “absolutely stunning” or “beautiful”, some were puzzled by her appearance as they possibly weren’t aware of what vitiligo is.

"What happen to skin," adelfaisal23 inquired.

"It literally hurts to look at u. Don’t know why..(not in a good way)", bossladieee12 remarked.

Vitiligo is a long-term condition which manifests in patches of the afflicted person’s skin losing their pigmentation. As the affected parts of skin turn white, the condition is especially noticeable in people with dark skin.

Winnie Harlow, a 24-year old model from Toronto, rose to prominence after participating in the America's Next Top Model series in 2014. She modelled for several European fashion brands and magazines.