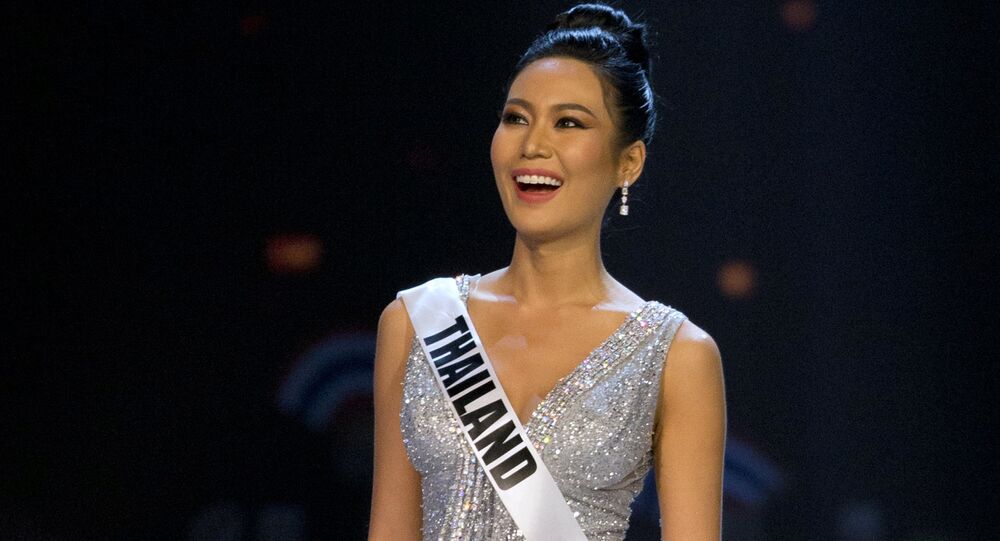 The Thai millionaire who filed the complaint with the police insisted that he simply “cannot accept that a well-known individual in the online world expressed negative opinions that affect the country’s reputation.”

According to The Telegraph, the accusations of libel and cybercrime were brought forward by Kitjanut Chaiyosburana, a millionaire and aspiring politician, who apparently was outraged by Jamneanphol’s alleged critical remarks regarding the dress which was worn by at the 67th Miss Universe pageant by the Thai entrant, Sophida Kanchanarin.

​"I cannot accept that a well-known individual in the online world expressed negative opinions that affect the country’s reputation", he said after filing the complaint with the police’s technology crime suppression division. "I don’t think it’s the right thing to do. It’s irresponsible behaviour."

© AP Photo / Gemunu Amarasinghe
Philippines’ Catriona Gray Crowned Miss Universe 2018 (PHOTOS, VIDEO)
Jamneanphol herself deleted the allegedly offending post and offered her apologies, insisting that she “did not have any intention to insult or disrespect the high institution.”

"I deeply regret and feel guilty for my actions", she added.

As The Guardian points out, Thailand has "some of the strictest lèse-majesté laws in the world” which punish those who “defames, insults or threatens the king, the queen, the heir-apparent or the regent".