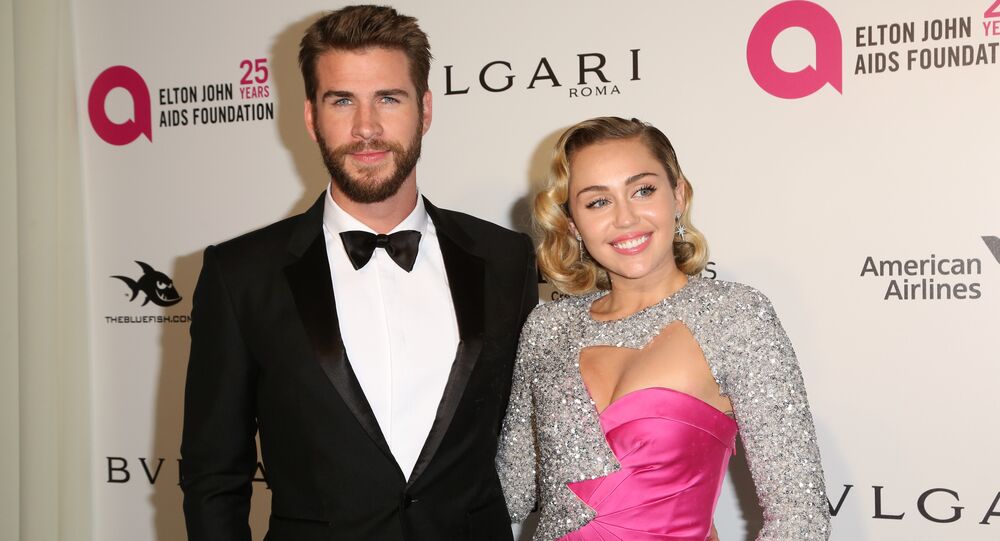 American pop star Miley Cyrus seemingly is not afraid that the public might learn a thing or two about her intimacy with her beau - and wilfully hints that he has more than just a pretty face.

Miley, 26, left a playful comment under a 5-point relationship checklist on Instagram, which claims that no man boasts a "good dick game", empathy, common sense, is taller than 180 cm, and doesn't go off the rails at the same time.

"Mine does! Don't give up!" the songstress wrote, referring to her fiancé, Australian actor Liam Hemsworth. Be sure that she can be trusted, given that the two have known each other for some 9 years.

Miley's comment prompted claims that a higher status facilitates the search for a 5-out-of-5 partner. "I guess if you're rich and hot it's a little easier", one girl suggested.

Some people are apparently not as lucky as Liam. "1 out of 5 over here ladies. I'm very empathetic", said binged82.

"Can you do a tutorial on how to find plz", added anastasiacreswell.

Liam, 28, the younger brother of Thor actor Chris Hemsworth, first met Miley Cyrus on the set of The Last Song in 2009. Later, in 2012, Miley, then 19, became engaged to Liam, but the pair split the following year. They got back together in 2016, and Miley was seen casually wearing her engagement ring, sparking rumours of an upcoming celebrity wedding.