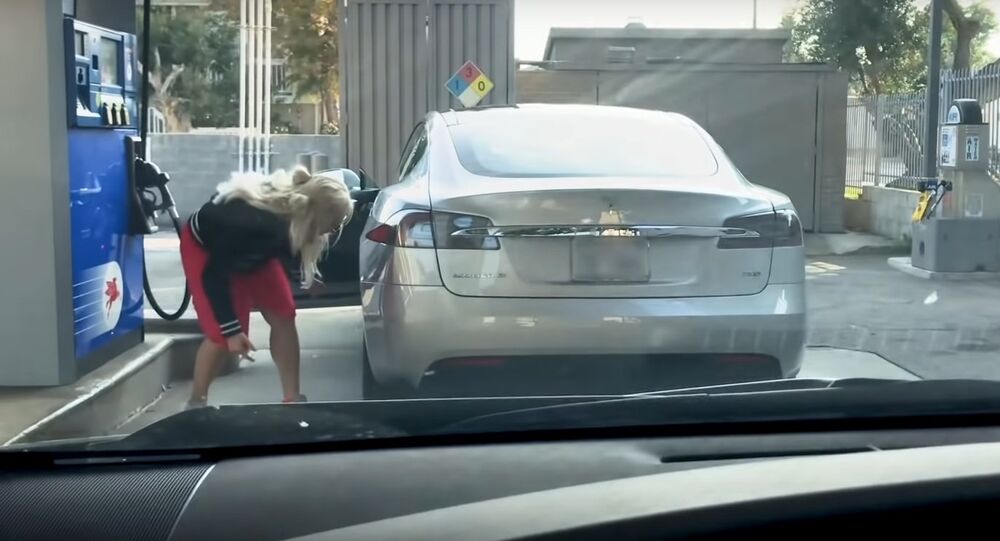 The hapless driver nearly attempted to insert a fuel pump nozzle into her car’s charge port, but thankfully gave up on the idea before damaging the car and the pump.

A new viral video may threaten to rekindle old stereotypes related female drivers, as it features a seemingly clueless blonde who tried to fuel her electric car with gas.

The video, which first appeared on Reddit on Saturday, shows a blond woman walking around her Tesla Model S at a gas station, apparently trying to figure out how to refuel it and eventually even attempting to stick a gas pump nozzle into the vehicle’s charge port.

Eventually, one of the occupants of the car behind her — who were actually filming the whole thing and apparently couldn’t take it any longer — walked up to the lady and explained to her that her ride requires a different kind of juice.