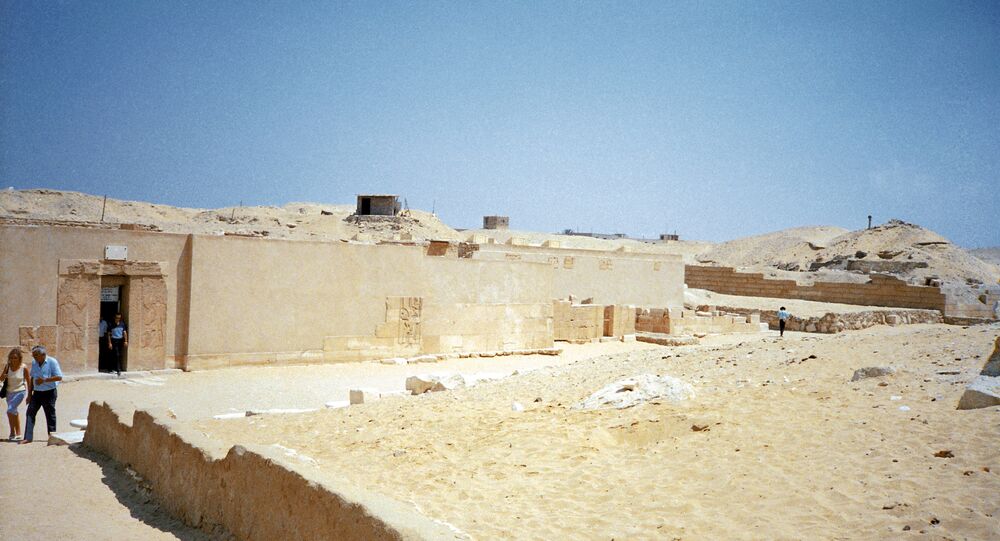 The discovery has been described as “one of a kind in the last decades”, as the high priest’s tomb has been remained untouched all these years before.

The tomb, found in the Saqqara pyramid complex near Cairo, appeared to be filled with colourful hieroglyphs and statues of pharaohs, the BBC reported. The decorative scenes reveal that the owner was a royal priest named Wahtye who served during the reign of King Neferirkare during the fifth dynasty. The tomb is also said to contain the remains of the high priest’s mother, wife and other relatives. The fifth dynasty ruled Egypt from about 2,500 BC to 2,350 BC.

Mostafa Waziri, secretary-general of the Supreme Council of Antiquities, said the tomb was found in Saqqara, at a buried ridge. The tomb itself is 10 metres (33ft) long, three metres (10ft) wide and just under three metres high and was described as being “exceptionally well-preserved”.

Archaeologists found five shafts inside the tomb, out of which only one was unsealed and empty. The excavation of the tomb will start on 16 December, and the team expects more discoveries to follow — including the owner's sarcophagus.

Waziri expressed hope that one of the shafts would "lead to a coffin or a sarcophagus of the owner of the tomb".