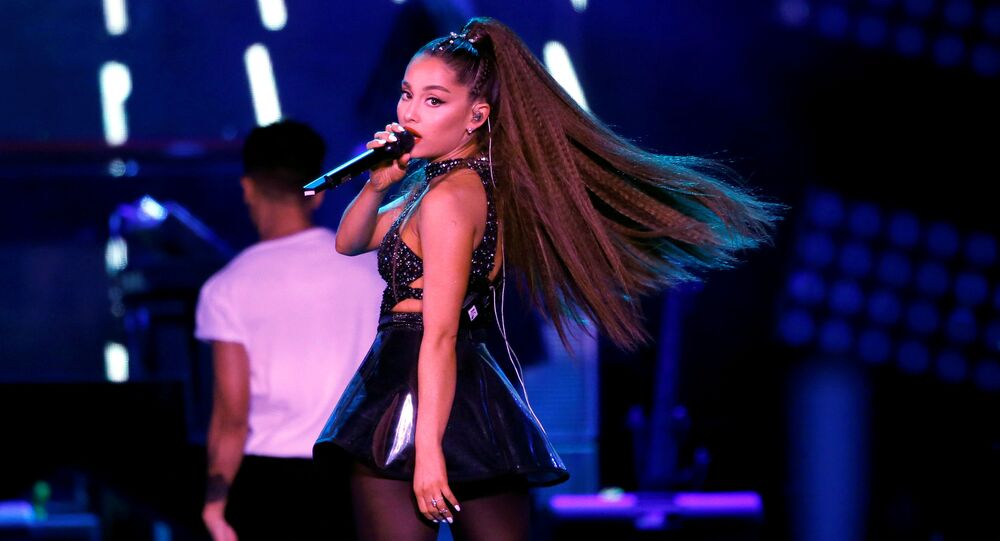 It seems like nothing can take Kanye West out of Twitter: he’s been flooding the social media platform with messages on his escalated beef with Canadian rapper Drake.

While Kanye West was bombarding Twitter with dozens of messages, accusing Drake of threatening him and his family, pop star Ariana Grande took a moment to divert attention from the feud and announced that she and Miley Cyrus were about to drop news songs, obviously sending a message that they didn’t want to be overshadowed:

guys, i know there are grown men arguing online rn but miley and i dropping our beautiful, new songs tonight so if y'all could please jus behave for just like a few hours so the girls can shine that'd be so sick thank u

I know Ariana said this to be cool and didn’t mean no harm but I don’t like even slightest level of slight commentary from someone I know loves and respects me pic.twitter.com/T9VXaIj9MX

Even though he said he “got love for” her, Ye accused the pop star of using him to promote her new single:

Ariana is yet to respond to his tweets.

Yeezy also weighed in on his mental health, once again saying that he’d been diagnosed with a mental disorder:

People will no longer take mental health for a joke

Kanye has been dropping bombshell tweets on his now-tense relationship with Drake, prompting his other half, Kim Kardashian, to jump to his defence after West claimed the Canadian rapper was threatening him:

@drake Never threaten my husband or our family. He paved the way for there to be a Drake.

Despite his ongoing public tirade, Kanye tweeted today that Drake loved him “more than anyone” and he loved him back:

Drake and Trav both love Ye more than anyone and I love those guys back. We love everyone