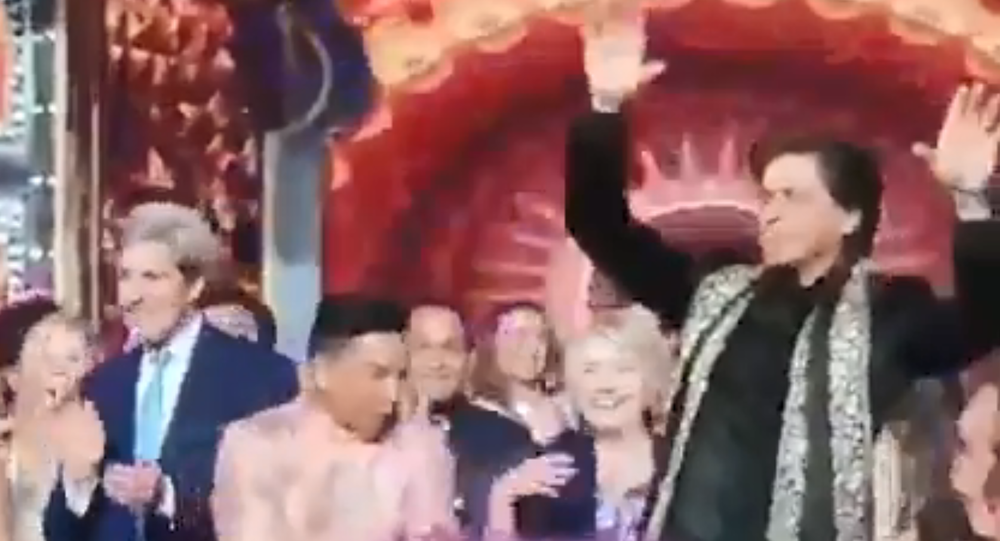 Bollywood superstars Shah Rukh Khan and his wife Gauri belted out a few of their greatest hits at Indian businesswoman Isha Ambani’s pre-wedding bash. The star-studded mixer in Udaipur saw former US Secretaries of State John Kerry and Hillary Clinton groove to beat, which was of course captured on video.

However, the partying began in September, with Saturday's party being an all-out bash. VIPs like Beyonce showed up along with Arianna Huffington and numerous other stars. Plus, the two former US top diplomats, both of whom once contended for the US presidency on the Democratic Party ticket, were spotted cutting the rug with the Khans.

Wednesday's wedding drew stars from around the world, including actress Priyanka Chopra and her husband, musician Nick Jonas; film director and producer Karan Johar; and Bollywood stars like Amitabh Bachchan and Aishwarya Rai to show up for the festivities, according to the Hindustan Times.

Sputnik execs didn't get their invites, though. What gives?