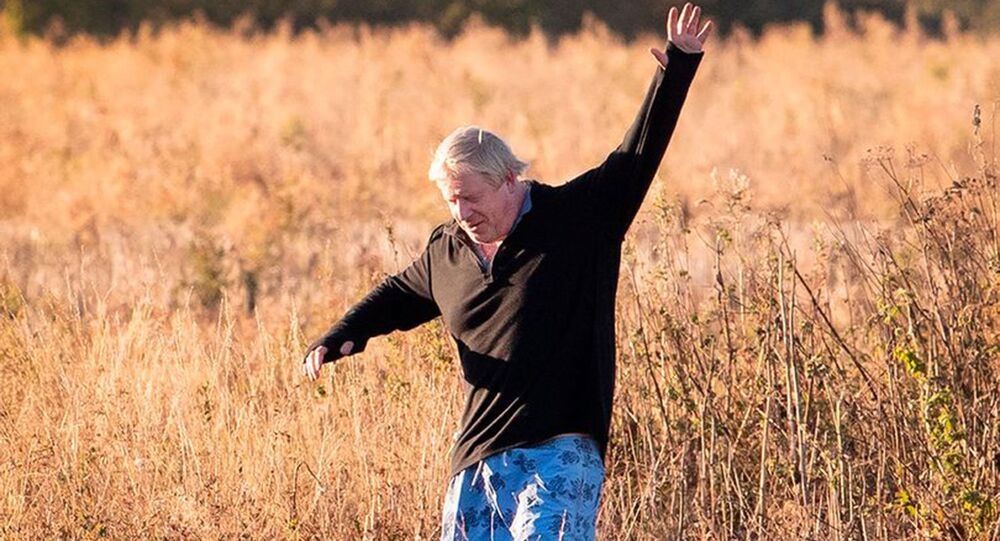 Netizens recently suspected Brexit hardliner Boris Johnson of aiming for the role of Tory leader when he appeared on TV in a brand new style and started working on his body.

Former UK Foreign Secretary Boris Johnson bragged in an article in this week's Spectator that he had lost 5 kg in the past two weeks, drawing parallels between his experience in weight loss and the Brexit process, Mirror Online reported. He noted that as he has been losing weight, he has started feeling more "nimble", and argued that the UK should do the same prior to Brexit.

"I hope that […] the British governing class finally summons the willpower to do the necessary, to ditch this deal, to bin the backstop and to make the change that will launch us on a nimbler, lither and more dynamic future", he said.

Johnson added that if the UK becomes "lighter on [its] feet and more agile" it will be able to "take advantage of all the freedoms [it] will gain [after Brexit]".

The former foreign secretary also shared some details of his highly successful diet. It turns out that he eats porridge with a "luxury sprinkling of nuts" for breakfast and sticks to water at parties.

"Is it working? You bet it is. My sight is keener, the days seem longer and more full of interest, and I have lost 12 pounds in two weeks", he shared.

Johnson was not alone in drawing parallels between Brexit and weight loss. Some social media users also cracked jokes about how the UK's exit from the bloc could have affected the former foreign secretary's weight.

Boris Johnson just lost 12 pounds. Not only that, each of those pounds lost around 15% because of #brexit. pic.twitter.com/swhiZmxlTr

Others alleged that the said loss of 5 kg had been achieved by getting a haircut, which recently caused Twitter to explode.

#BorisJohnson — tamed his hair & has lost 12 pounds in weight…😉#buffooon

Earlier in November, Boris Johnson urged Whitehall to appoint a government minister to handle preparations for Britain's "no-deal" exit from the EU. He noted that although he believes in London reaching a deal with the EU, he still thinks a "no-deal" scenario is not as bad as many believe.