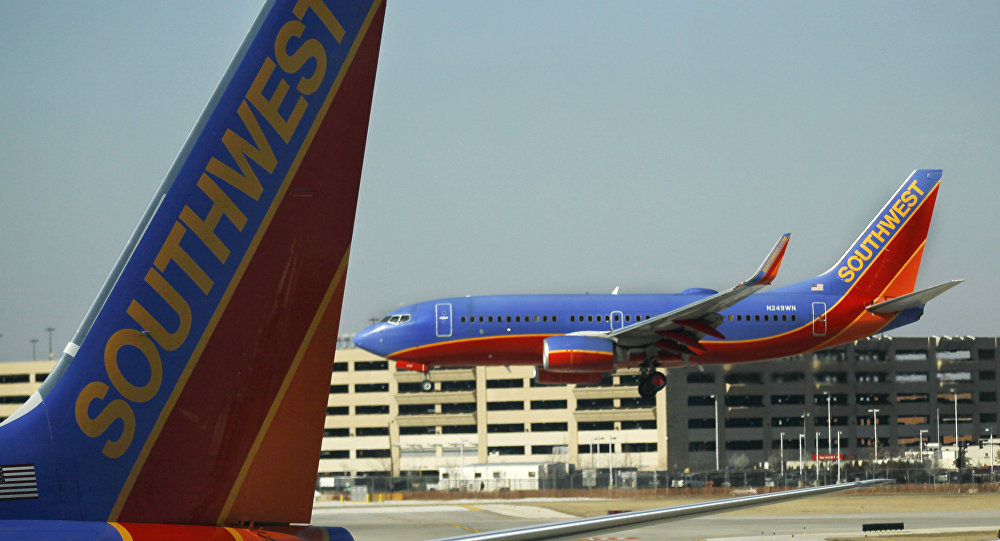 Without revealing if any action was taken, Southwest Airlines issued a “sincere apology” to a Texas mother after she was mocked both online and in-person by a gate agent over her five-year-old daughter’s name.

Without revealing if any action was taken, Southwest Airlines issued a "sincere apology" to a Texas mother after she was mocked both online and in-person by a gate agent over her five-year-old daughter's name.

Traci Jeanette Redford took to social media and a local ABC news affiliate to call out a Southwest Airlines gate agent who she says was "mocking my child's name, laughing, pointing at me and my daughter" and even chatting with other employees about the child's uncommon name — all allegedly within earshot of her daughter, Abcde (pronounced Ab-Sid-Dee) Redford.

Name shaming? This Texas woman claims a @SouthwestAir agent made fun of her 5-year-old daughter's name as they were preparing to board their flight at @JohnWayneAir in Orange County.

Redford also pointed out that the boarding agent, under what appears to be the joint Facebook account "JoeJanelle Schartung" even took a picture of her child's boarding pass and uploaded it in a since-deleted post.

The mother claims to ABC 7 that even after "two weeks of doing a formal complaint, Southwest hadn't done anything."

Following the news story and social media buzz surrounding the incident, the airline issued an apology to the Redford family. It's unclear if the employee was reprimanded for her actions while on and off the clock.

"We extend our sincere apology to the family," said Southwest Airlines in a statement obtained by ABC 7. "We have followed up with the Employee involved, and while we do not disclose personnel actions publicly, we are using this as an opportunity to reinforce our policies and emphasize our expectations for all Employees."

Despite Southwest's apology, the overarching opinion conveyed by social media relates to the mother's accountability in naming her daughter.

You really thought she wasn’t getting roasted for the rest of her life? pic.twitter.com/KCSvXLXYSu

Other users on Twitter also question the mother and believe she may have named the child "Abcde" for a chance at viral moment such as this.

For the mother naming her kid Abcde in the first place pic.twitter.com/RRhKnKaf3k

Many also thought the mother had set her child up for bullying with the strange moniker.

Story says mom explained to Abcde reason why people were laughing at her name was because “not everyone is nice”. Guess she failed to own giving her child a name that will make everyone laugh at her. What was mom thinking??? pic.twitter.com/pV3bCWeDZD

Additionally, other netizens decided to school Redford on phonics.

the right to make fun of that Child, humiliating her. That child will end up having a complex. When people do that, it sucks with you. Without naming names, years ago, I met one of my (former) artistic inspirations. When I was introduced to them, they actually made fun of my name

Though Redford's choice of name for her daughter is quite uncommon, a 2014 article by Vocativ claims there were at least 328 babies (all girls) named ABCDE.