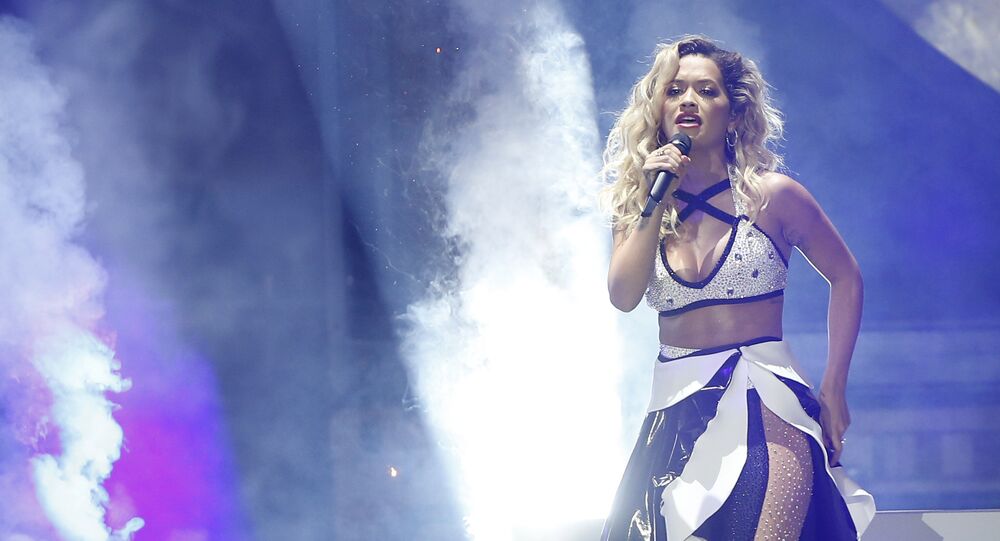 Singer Rita Ora is not new to flashing a little of her naked body in front of the audience, but on Thursday, an awkward moment occurred rather inadvertently, due to a sudden gust of wind.

The 28-year-old blonde stunner, Rita Ora, suffered an unfortunate wardrobe malfunction during her red carpet promenade at Cartier's Precious Cargo Party in Sydney on Thursday, with her sensational semi-sheer beige frock, which perfectly teamed up with matching nude heels, going  slightly up.

However, she quickly recovered and proceeded her march with her signature confidence.

Meanwhile, the singer recently offered her young fans a few golden tips on how to cope with bullying. The bombshell revealed she often receives messages on social media from young women and men expressing their feelings of insecurity.

'I have a lot of young fans and girls that are really insecure or feel like they are not pretty enough', she told The Daily Telegraph, adding that it 'genuinely affects [her]'.

Bulava missile self-destructs due to malfunction