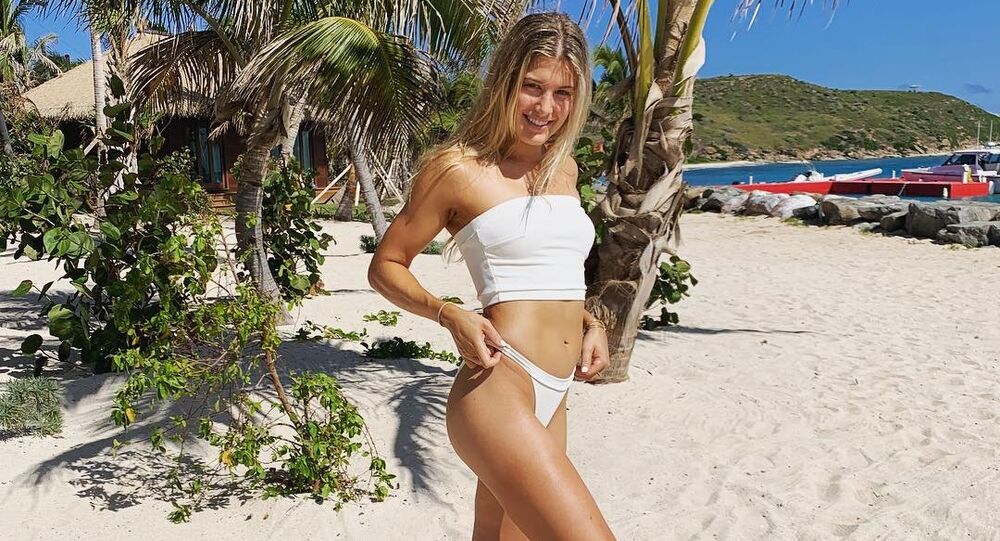 Canadian tennis star Eugenie Bouchard is one of those specially invited to compete on Richard Branson’s famed private Necker Island, in what has been referred to by fans as ‘the world’s sexiest tournament’. The blonde stunner is eagerly enjoying the gentle sun of the British Virgin Islands, which follows from an array of her beach and pool snapshots uploaded on Instagram.

Day 2 — these sunsets you guys

But she isn’t just cutting her best angles for nice snaps. She is also doing her best on the court, as footage from Branson’s snapchat showed her teaming up with the British billionaire in a clash against tennis legend Bjorn Borg. The lucky partnership even appeared to have led them to victory.

These comments, as well as Branson’s ‘suggestive’ proximity to the stunning female tennis players, couldn’t go unnoticed on social media.

‘I wonder why Genie Bouchard and Caroline Wozniacki were the tennis pros invited to Necker by beardy Branson? I can’t possibly think’, one quipped on Twitter, with another user chiming in, with a tongue-in cheek remark:

I like big boats and I cannot lie pic.twitter.com/s1IrAPCUFr

‘Winter is hard for Richard Branson too’. ‘He has to spend it in the Virgin Islands with the best looking women in the world’, he continued, apparently referring to the Necker Cup being joined also by attractive Caroline Wozniacki and Maria Sharapova, along with Bouchard.

‘Oh well, he has to settle for Genie Bouchard this week’, another remarked.

Bouchard and Wozniacki have posed for a set of revealing pics for previous Sports Illustrated editions focusing on the event at one of the world’s most upscale resorts, which has since been billed ‘the world’s sexiest tennis tournament’.