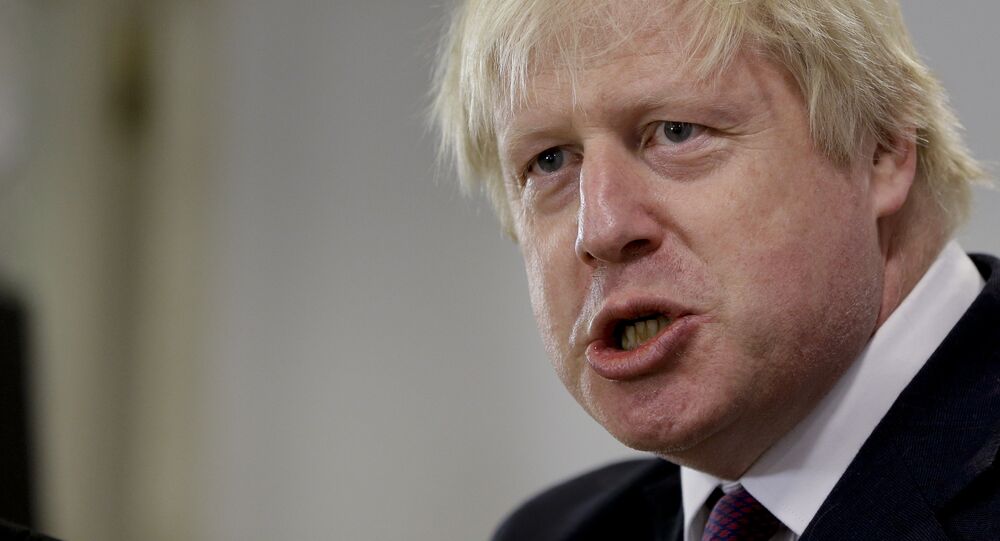 Footage of controversial former Foreign Secretary Boris Johnson in an "excruciating" exchange with a senior Foreign Office diplomat is currently spreading like wildfire on social media.

The two clips taken from BBC documentary Inside the Foreign Office. One shows Johnson discussing an upcoming speech in Paris with foreign office European director Caroline Wilson, aboard a flight from Lisbon to the French capital, declaring the script to be "too boring" and in need of "more gags".

"Are you really going to do the whole raft of foreign policy issues in French? It might be best just to speak to the headlines in French," she states after seeing a draft of the oratory — "they love it when I talk French," Johnson retorts.

If you already thought you couldn't dislike #BorisJohnson more this portion of the #BBC Documentary #InsideTheForeignOffice is just excruciating. She's a diplomat so it's her job but Caroline Wilson, Director of Europe @foreignoffice is admirably poker faced during this exchange pic.twitter.com/vyyTbOJ4Pq

The pair then launch into a conversation over France's stance on Brexit, with Johnson asking in French why Paris are acting "like naughty children" — Wilson then explains the likely geopolitical reasons for French President Emmanuel Macron's hardline stance, to which Johnson says the French are "having their cake and eating it."

"We shouldn't probably use the cake analogy too much," she despairs.

The other documents Johnson swearing and fluffing his way through a to-camera address in Lisbon, presumably prior to the flight. While attempting to promote Portugal's ties with the UK, he repeatedly messes up his lines, forgetting the country was neutral during World War II, suggesting Portugal is the UK's fourth-largest trading partner (the reverse is actually true) and James Bond was born in the southern town of Estoril (the idea for the fictional super-spy was birthed there).

Nothing can prepare for the following video of Boris Johnson. pic.twitter.com/D1BB7LrOtW

In a review of the documentary, Tom Peck, The Independent's chief political sketch writer, said the program "wisely imitates what is well known to have been life inside the Foreign Office under the tenure of the worst person ever to run it."

"His civil servants quickly come to run this show entirely by themselves, just as they did their organisation. There are almost Shakespearean levels of dramatic irony in its opening scenes. Foreign Office staff are summoned to the grand Durbar Court to hear from the foreign secretary, a few days after the general election in which his government committed slow-motion harakiri, heralding his arrival with the kind of subtly underwhelming applause of which only the professionally polite are truly capable. It is no secret Foreign Office staff were counting down to what they themselves called "Liberation Day" from Johnson, which came scarcely a year later when the country's chief diplomat failed to turn up to host a summit in London for Western Balkan leaders who had flown in for the purpose," he said.