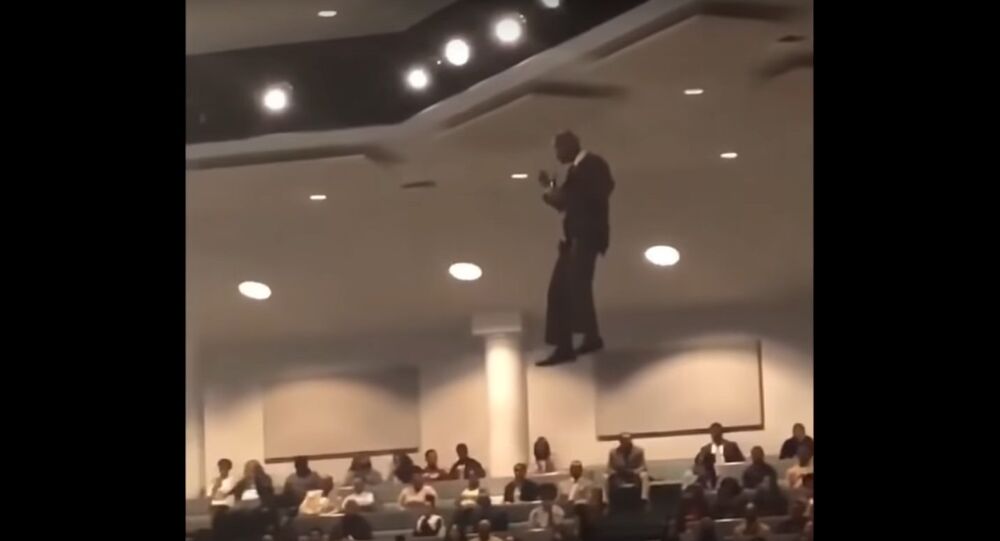 A US pastor has apparently taken the saying ‘practice what you preach’ literally as a regular sermon has never garnered as much attention as did last Sunday’s service at Brown Missionary Baptist Church in Mississippi.

In a Hollywood-inspired stunt to illustrate the second coming of Jesus Christ, Rev. Bartholomew Orr dramatically flew into church on a zip-line, while repeatedly asking the audience ‘Are you ready for his return?’

To a round of applause and laughter of the people below, he continued his sermon with a few ‘Amens’ before he eventually could stand on the stage.

‘Just as Christ’s return is going to be unexpected, my flying in this morning was unexpected’, he said of his entry.

The video of his airborne trip went viral in an instant, prompting netizens to think of the wildest comparisons:

Ma mans was deadass chillin at the end waiting like this for the holy squad to get him down pic.twitter.com/p0Lf4UDVd0

Days after the service, Orr said that he was surprised to find out that his sermon had spread so quickly on the internet:

’No, I didn’t expect it to go viral. I come out and someone tells me you know what it’s 250,000 views. We are like huh! Now 7 million folks, if nothing else, have heard the message, “Are you ready for his return?”’