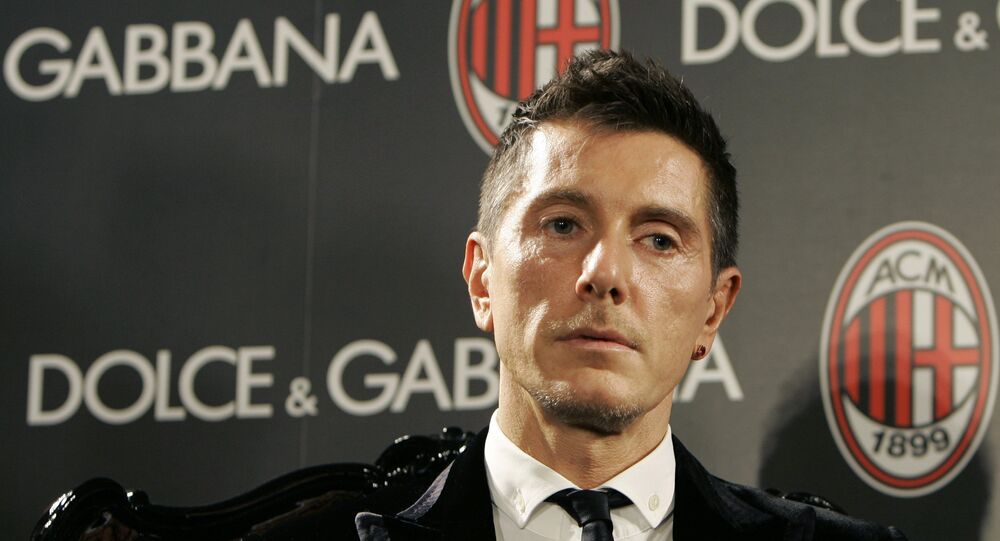 Dolce & Gabbana’s fashion show in Shanghai has been cancelled by the city’s Cultural Affairs Bureau after a handful of scandalous screenshots were unearthed online.

Italian fashion house Dolce & Gabbana has been receiving much flak over its latest campaign #DGLovesChina, after a series of clips were posted on their social media accounts featuring an Asian model using chopsticks to eat Italian dishes – pizza, spaghetti and traditional Sicilian cannolo.

But those promo videos, labelled “racist” by many social media users, were just the tip of the iceberg.

Ahead of the brand’s fashion show in Shanghai, which was scheduled for 21 November, Diet Prada’s Instagram account published screengrabs of a conversation between Stefano Gabbana and Instagram user @michaelatranova in the platform’s Direct Message service.

The Italian designer appeared to go as far as to call China “the country of sh*t,” brand it “Ignorant Dirty Smelling Mafia” and claim that Chinese people eat dogs.

As @dolcegabbana prepares to mount their next runway show in Shanghai this coming evening (7:30PM) and the rest of Instagram fawns over what’s sure to be an overly lavish “love letter” to China, we’ll be wondering if we’ll see chopsticks as hair ornaments, take-out boxes as purses, or even kimonos misappropriated as Chinese costume. Time will tell. For now, we’ll let y’all simmer on this DM between Stefano and Dieter @michaelatranova (chronology is reversed in slides). Word has it that they’re still in the process of model casting (over 200 Asian girls scheduled)…wouldn’t let them walk the show if we were their agents lol. Also, curious what the Chinese government will think of their country being called shit basically…especially considering how strict they are on who to allow to enter the country on work visas based on a thorough social media background checks. • #DGTheGreatShow #DGlovesChina #runway #fashionshow #cancelled #racism #dolceandgabbana #altamoda #rtw #dgmillennials #stefanogabbana #shanghai #chinese #china #wtf #dumb #lame #asianmodel #asian #dietprada

Stefano Gabbana of Dolce & Gabbana had his Instagram DM's about his views on China leaked just HOURS before the viewing of the "D&G Loves China" Runway show in Shanghai…🤦🏼‍♂️ pic.twitter.com/GcyLnxVdeK

Once the screenshots emerged online, netizens rushed to express their indignation and frustration with the designer and the entire fashion house, saying that “racist” Stefano Gabbana was officially “cancelled.”

Stefano Gabbana’s racist comments on China caused the cancellation of their event. Artists, celebrities & models dropping the show. Thank you for spilling the tea @diet_prada! pic.twitter.com/Q8cLHlaSqE

Stefano Gabbana has been over since he body-shamed Selena, so sad what people do trying to be relevant.
You can leave your ass in Europe, no one needs you in China. #shame

Cannot believe such a global top tier luxury brand @dolcegabbana has this shitty founder stefano gabbana who is discriminating China and acting like a drug addicts with his narrowest shitty mind. I can promise one thing is that your market share will be eliminated from China. 🇨🇳 pic.twitter.com/d6QryttGHx

Stefano Gabbana goes on racist rant on Instagram after being confronted about the racist ad D&G made. He is DISGUSTING and D&G is CANCELLED pic.twitter.com/jsxNMMclFu

But an apology wasn’t coming: the fashion house posted a statement on its Instagram account, claiming that both the designer’s and the D&G accounts had been hacked, and their legal offices were investigating the matter.

Our Instagram account has been hacked. So has the account of Stefano Gabbana. Our legal office is urgently investigating. We are very sorry for any distress caused by these unauthorized posts, comments and direct messages. We have nothing but respect for China and the people of China. Dolce & Gabbana 的官方Intragram 账号和 Stefano Gabbana 的 Instagram 账号被盗，我们已经立即通过法律途径解决。我们为这些不实言论给中国和中国人民造成的影响和伤害道歉。我们对中国和中国文化始终一贯的热爱与尊重。

Gabbana published one of the screenshots, having written “Not Me” in bold all over the pic, with a caption, echoing the brand’s statement: “My Instagram account has been hacked. My legal office is working on this. I love China and the Chinese Culture. I’m so sorry for what happened.”

You saw it here first! What an interesting few hours spent wreaking havoc on @dolcegabbana ’s ill-fated #DGTheGreatShow while sitting on our couch juuling and eating gelato (not with chopsticks) lol. Thank you to @michaelatranova @helenatranova @anthxnyxo for sharing their DMs and to all the Chinese Dieters who furiously updated us with translations by the minute. For anyone that believes their account was actually hacked, see slide #2 of Stefano reposting the same DM on his stories before shit hit the fan. Oh the irony of him loving to cry “fake news” and promptly dishing it out himself via his and the brand IG account. Check our story highlight “#DGTheShitShow” for the full recap. • #DGTheGreatShow #DGlovesChina #runway #fashionshow #cancelled #racism #dolceandgabbana #altamoda #rtw #dgmillennials #stefanogabbana #shanghai #chinese #china #wtf #dumb #lame #asianmodel #asian #dietprada

…with models, who were supposed to take to the catwalk, launching a “Not Me” movement on Weibo, a Chinese social media platform, in a sarcastic nod to his Instagram post:

Chinese models who were scheduled to walk for @dolcegabbana’s ‘The Great Show' in Shanghai today mock Stefano Gabbana’s claim of being hacked by using the same “Not Me” text to announce their refusal to participate in the show pic.twitter.com/ttMuSWqmdn

It’s been revealed that the Chinese models at the @dolcegabbana ‘The Great Show’ were the first to boycott, as they collectively walked out of the show’s venue. Cnetz praise them for their courage, as they were putting their careers on the line (before things escalated). pic.twitter.com/JP9onT5Vpb

During the past several months, Stefano Gabbana has been embroiled in much controversy – from calling pop singer Selena Gomez “really ugly” on Instagram to branding the Kardashian-Jenner clan “the cheapest people in the world.”