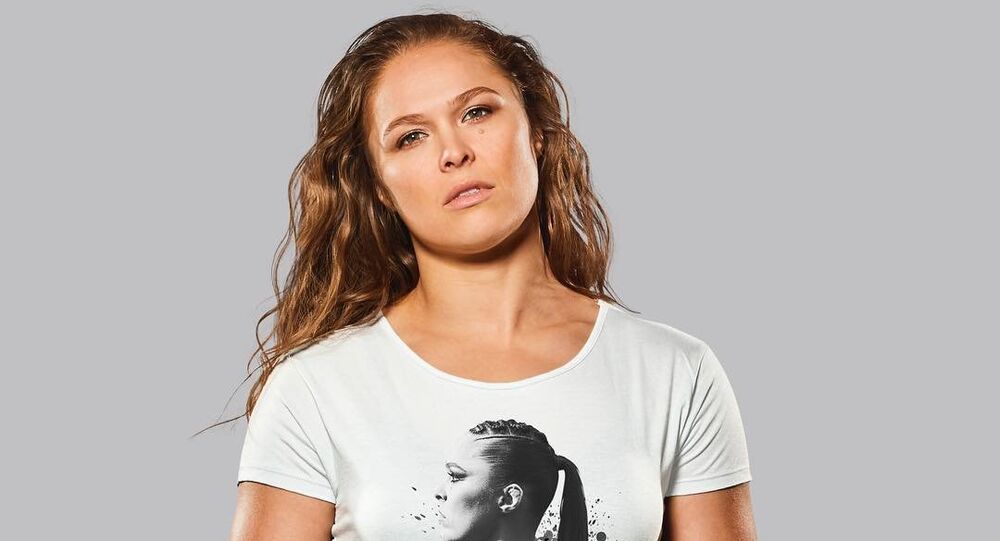 The current RAW Women’s Champion, Ronda Rousey, suffered a devastating beat down after ex-SmackDown Women’s Champ Charlotte Flair elbowed her, leaving her with blood pouring from her mouth and eye at Survivor Series in Los Angeles on Sunday.

Charlotte SNAPPED! 🔥 Can’t believe the marks on Ronda Rousey’s body and the blood, damn that was really good! The destruction of Ronda, surly she’s out of action for a bit after that. pic.twitter.com/H7V9duf28C

What just happened?@RondaRousey may never be the same after this brutal assault from @MsCharlotteWWE. #SurvivorSeries pic.twitter.com/9VlQOaaIxr

In the middle of the bout, Charlotte seemingly lost control, eventually getting herself disqualified for battering Ronda with a kendo stick…

…and hitting her with Natural Selection onto a steel chair and then brutally crushing Ronda’s larynx with it:

Earlier, she attacked Ronda so savagely that she slammed Rousey’s face into a turnbuckle…

The violent fight has impressed social media users, who called the Rousey vs Flair clash ‘match of the night’:

Ronda Rousey vs Charlotte Flair🙌🏾🙌🏾 brawl with blood, match of the night so far. #SurviorSeries

#SurvivorSeries Thoughts #2
To my surprise the @RondaRousey vs. @MsCharlotteWWE was an absolute killer. The amount of blood and welts told a great story… However, if Charlotte is crazy now it needs to be a new kind of crazy. See @realKILLERkross for example.

Beginning to end this was the @wwe match of the year. Absolutely incredible. @MsCharlotteWWE @RondaRousey #SurvivorSeries pic.twitter.com/9v9gCRNO4D

Ronda Rousey was in the fight of her life tonight with a conclusion that reminded old school wrestling. Thats why WWE is the best at what they do. These women fought their hearts out in a very stiff match and Ronda was left all bloodied and bruised in the end #wwenetwork #mma pic.twitter.com/NwK6u1BduV

Many were stunned to see how bloody the bout was:

Blood in a womwn's---WOAH! WHAT IS UP WITH RONDA'S MOUTH?! O_O #SurvivorSeries

Ronda kept her undefeated record intact by defeating Charlotte via disqualification. The bout was originally set to pit Ronda against current SmackDown women’s champion Becky Lynch, but the latter had to find a replacement due to concussion-related injuries.