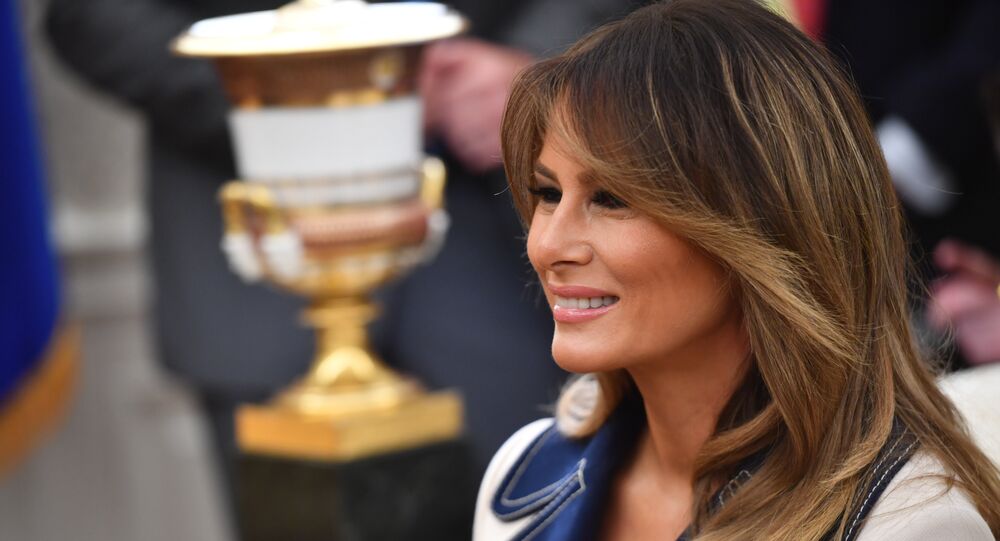 Netizens Baffled as Melania Trump Spent $174,000 at Canada Hotels on a Day Trip

In October, Quartz cited federal spending records that suggested that US First Lady Melania Trump’s six-hour-stay in a Cairo hotel cost taxpayers over $95,000.

In addition to the hotel charges, Melania’s 12-hour trip, where she met with Canadian Prime Minister Justin Trudeau and Britain’s Prince Harry and attended the Invictus Games for disabled veteran athletes, reportedly involved $21,000 in transportation costs.

© AP Photo / Pablo Martinez Monsivais
'FLOTITS': Bette Midler Stirs Up Twitter With Melania's Nude PHOTO
According to the website, that amount was just for FLOTUS’ hotels and that her staff’s expenses were additional, adding up to $18,000.

The hotels are not disclosed in the expenses, being listed as “hotel rooms” under a heading of “miscellaneous foreign awardees” in the federal spending records.

Quartz cited six hotel charges ranging from nearly $12,000 to some $49,000, but the documents did not provide any details.

Asked about the details of the spending, Melania Trump’s spokeswoman Stephanie Grisham argued that the bill included standard expenses.

“What I can tell you is that when the President or First Lady travels, there are people who travel ahead on the advance team to ensure safety measures, medical care, communications, motorcade needs and logistics are all in place. Mrs. Trump travels with a much smaller contingent of staff than that of her predecessors, but the entities I mentioned above are legally required for all official travel,” the email read.

Social media users appeared to be dumbfounded by Melania’s spending on foreign trips and the fact that she’d racked up such hefty bills without spending the night at the hotel:

Starting to be a pattern with her.

Where does she sleep?!

I suppose it's too much to ask the House and Senate committees that appropriate money for White House administration and travel to inquire why and how Melania Trump and her staff ran up $174,000 in hotel bills, paid by the taxpayer, during her day trip to Toronto last year.

They really screw you with the mini-bar.

…while a fellow Twitterian defended Melania by emphasising that Michelle Obama spent millions on her trips:

Michelle Obama spent millions in trips with her daughters to Paris, London, etc. Didn't see you care then.

Every president & their family does this, & usually only the crazies think their side is pure

This is not the first time that Melania Trump’s hotel bills have raised eyebrows: last month Quartz reported that the first lady’s overnight stay in a Cairo hotel cost over $95,000.

Grisham grew angry over the inaccurate report, slamming “irresponsible journalism” and clarified that FLOTUS didn’t spend the night at the hotel. She, in fact, spent only six hours there – a somewhat controversial clarification which led to much criticism online.