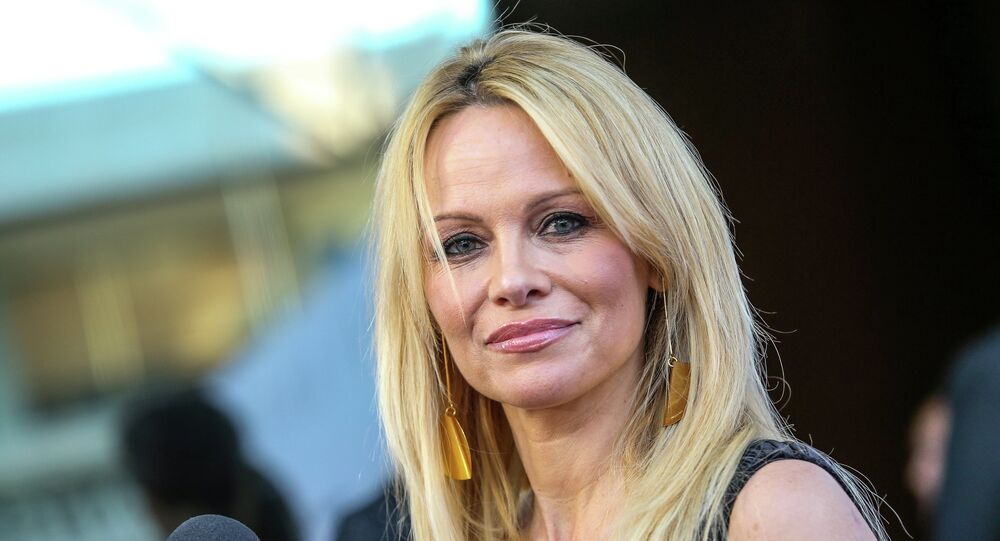 Appearing on a radio program, the Australian prime minister publicly chuckled at the Baywatch icon’s proposal, claiming in response that he has a number of “envoys” close at hand who would eagerly deal with the Pamela issue.

Blonde and Blonder star Pamela Anderson has expressed her indignation over the Australia’s reluctance to bring Julian Assange home in an open letter to Australian Prime Minister Scott Morrison, calling him “smutty” and “lewd.” Writing on the US website The Daily Beast, the Baywatch star took a dig at Morrison over his response to her calls to assist in freeing the WikiLeaks founder.

“You trivialised and laughed about the suffering of an Australian and his family. You followed it with smutty, unnecessary comments about a woman voicing her political opinion,” Anderson wrote, stressing that everyone deserves “better from our leaders, especially in the current environment.”

She went on to paint a scenario in which an Australian “is marched in an orange jumpsuit to Guantanamo Bay  for publishing the truth,” adding resolutely that the prime minister “can prevent this.”

Anderson further complained about Assange’s human rights being “openly violated,” expressing hope, tongue-in –cheek, that Australia is now led by a person “with strength and conviction enough to bring him home.”

“Australia and the world are watching how you treat your citizen, your publisher, in dire need of help from his own government,” she summed up.

Many among the Twitterati appeared to side with her, praising her move and lambasting the “not only snotty,” but “potty” head of the Australian government.

Things I learned today: In a war of words between Pamela Anderson and our unelected PM, Scott Morrison, it turns out that Anderson is the classy well spoken one, and ScoMo is the vulgar, clueless, embarrassing one. Who saw that coming? #auspol

One he said he doesn’t believe Morrison “for a second,” when he talked about his “mates”:

I don't believe him for a second when he says he has "mates".

Another brought up another incident when Morrison openly chuckled about climate change “devastating Pacific Island nations,” not knowing he was being filmed.

One’s “sense of humour” says a lot about them- years before Scott Morrison’s smutty joke about Pamela Anderson he thought climate change devastating Pacific Island nations was pretty funny until he realised he was caught on camera/audio 👇 #auspol pic.twitter.com/OdQIQSmPIr

ICYMI, here's the audio from last week of Scott Morrison laughing about sending his mates over as special envoys to "sort the issue out with Pamela Anderson".

A warning, this is truly creepy and offensive to listen to. #auspol pic.twitter.com/OkRVLkl82D

“He is way too scared to cross his US mentor!” one remarked, alluding to the apparent collaboration between Australian and US authorities, with the former looking up at the latter.

In early November, Anderson sent a message to Scott Morrison calling on him to “defend your friend, get Julian his passport back and take him back to Australia.” She also suggested that the Australian PM throw a welcome-home parade to celebrate Assange’s much-anticipated return. However, the Australian prime minister laughed off her calls, appearing on the Gold Coast radio station Hot Tomato FM, saying that he doesn’t intend to heed the Baywatch icon’s advice.

© AP Photo
US Determined to Get Assange, So His Prospects Look Pretty Bleak - Activist

"I've had plenty of mates who have asked me if they can be my special envoy to sort the issue out with Pamela Anderson,” further moving on to detail “other issues” that the actress called attention to and prompted the government to act on, namely the welfare of livestock.

In a parallel development, Julian Assange was reported to have claimed that the Ecuadorian government is looking to revoke his asylum status, which has spanned six years, and turn him over to the US, where lawmakers see him as a "dangerous criminal and a threat to global security," having already urged Ecuadorian authorities to assist them in their effort.

Shortly after, Ecuador imposed a set of new rules stipulating that Assange should pay for utility services such as Internet and pet care, the WikiLeaks inspirer and founder filed a lawsuit against the Ecuadorian government over the unsatisfactory conditions of his stay, poor access to the Internet among others, which he viewed as a violation of his "fundamental rights and freedoms."

Meanwhile, per a new report by Wall Street Journal citing unnamed sources familiar with the situation, the US Department of Justice is preparing for a prosecution of Wikileaks founder Julian Assange and on top of it, is now "optimistic" about such a prospect, given the recent developments in the case.