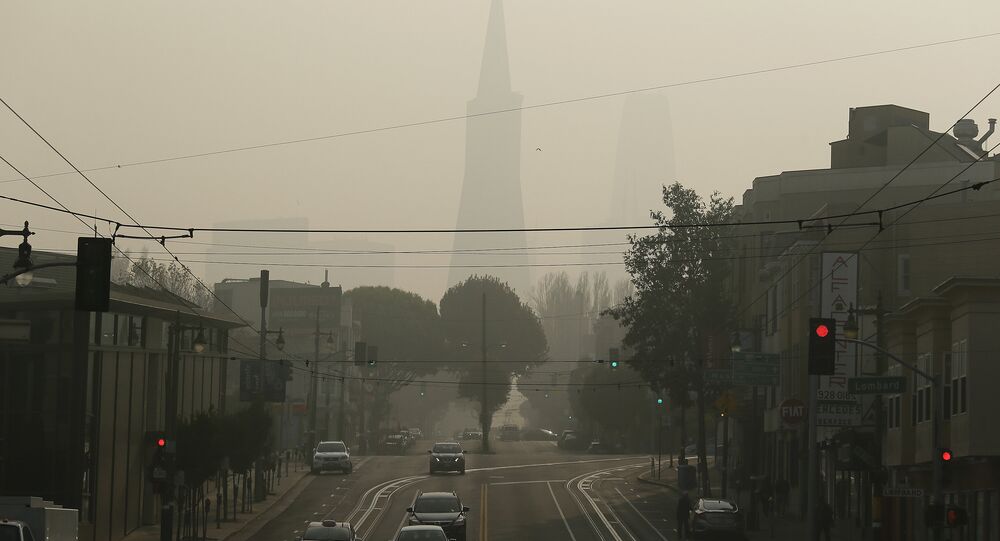 California schools have been closed, and the Santa Clara Valley Transportation Authority and the San Francisco Municipal Transportation Agency announced on Friday that they are offering free bus and light rail services in order to help residents evade the city's poor air quality.

Getting progressively worse due to the Camp fire in the state's Butte county, San Francisco's air quality has shifted from being "very unhealthy" to "hazardous" over a matter of days after measuring in at 355 on the Air Quality Index (AQI), figures from AirVisual indicate.

​The AQI translates daily air pollution concentrations on a numerical scale from zero to 500, with the scale then being divided into six color-coded ranges. Hazardous is the most severe level, ranging with an AQI between 301 and 500.

The city spent much of the week bobbing between an AQI of 151 and 200 in code red, suggesting children and adults with respiratory-related issues, such as asthma, stay indoors, before the worsening Camp fire plunged the Golden City into a haze of smoke.

​According to AirVisual, San Francisco is currently toppling cities such as New Delhi, Mumbai, and Lahore and taking the number one spot for the city with the worst air quality.

"The Camp Fire in Butte county generated a tremendous amount of smoke," Kristine Roselius, a spokeswoman for the Bay Area Air Quality Management District, told the Guardian. "That smoke is just pouring into the Bay Area right now."

​"Warmer air is above the colder air… It acts like a lid. It basically just traps it right there, and we keep getting new smoke," she added, explaining that the air quality is slowly getting worse by the minute because of a temperature inversion.

"Even the healthy among us are impacted."

​The situation has even gotten so bad that Uber drivers are selling N95 respirator masks for $5 a pop. These masks typically sell within the $10 range for a 10-pack.

​Officials are expecting for things to improve sometime in the coming week, as rains are forecasted to come in on Wednesday or Thursday, removing much of the pollution from the air, The Mercury News reported.

More than 600 people are still missing and the death toll in Northern California's Camp Fire has reached 63. A statewide death total sits at 66.