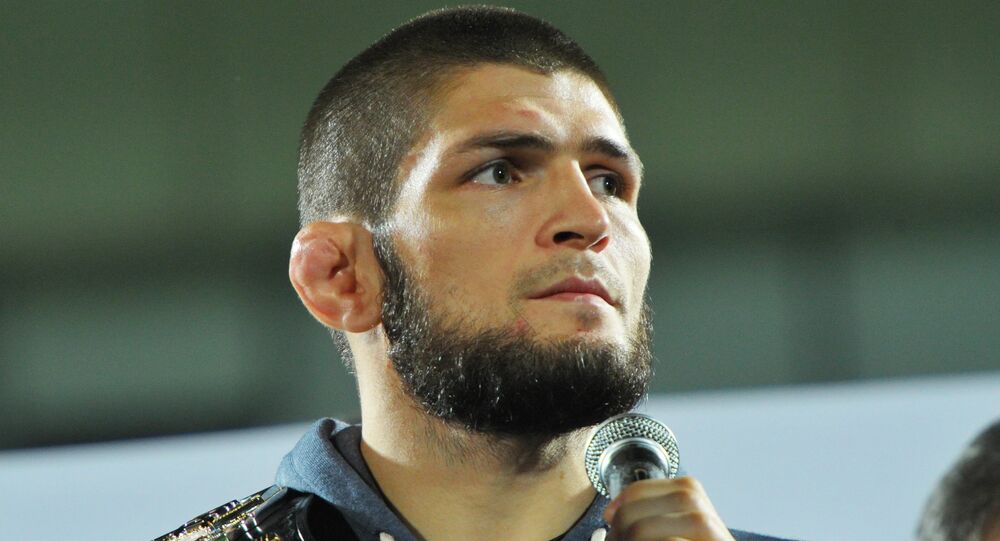 Russia's undefeated UFC champion Khabib Nurmagomedov has turned out to have a big heart - he posted a photo with Nigerian children, winning the admiration of netizens accustomed to watching him and other MMA fighters exchange barbs on social media.

Khabib Nurmagomedov, Russian sportsman and UFC champion, spoke about his engagement in philanthropic activity in Africa. Khabib shared a photo from Nigeria on his Instagram page, where he is surrounded by local children.

Under the photo sportsman wrote that he has always wanted to help people in Africa.

"It was my childhood dream and I was praying God to give an opportunity to help people in Africa," Nurmagomedov said.

He also added that he is going to return again to set up new projects.

"…I'm going to come back here in 4 months to launch few projects that we already targeted," Khabib said.

UFC lightweight champion @TeamKhabib is currently in Nigeria on a charity mission. Main objectives are to repair water wells and build new medical centers. Here’s a photo his team sent me of Khabib with some local kids earlier today. pic.twitter.com/xmJ9kF3jVU

Nigeria's parched predominantly Muslim north has suffered in recent years from desertification and a deadly conflict with the Daesh-affiliated terrorist group Boko Haram.*

"So much respect for you, Khabib! I have very little knowledge of your faith but your actions make me want to educate myself. You are a true man…," said one of the users.

"You have a great heart," said another one.

"Good for you dude this is so inspiring," said another Instagram user.

After a victorious battle with Irish sportsman Conor MacGregor, Nurmagomedov met with Russian President Vladimir Putin, then in Istanbul he met with Turkish President Recep Tayyip Erdogan and Kyrgyzstan President Sooronbay Jeenbekov. He was also invited to a reception in the UAE.

Last month, undefeated UFC lightweight champ Khabib Nurmagomedov defended his title against Conor McGregor on October 6 in Las Vegas. After trouncing his opponent in the fourth round, all hell broke loose at the Vegas arena hosting the bout.

Both fighters and their teams were facing possible fines and further suspensions. Nurmagomedov himself was suspended after jumping out of the octagon and attacking McGregor's coach Dillon Danis, whom he accused of insulting him, his family, religion and country throughout the match.

* A terrorist group, banned in Russia