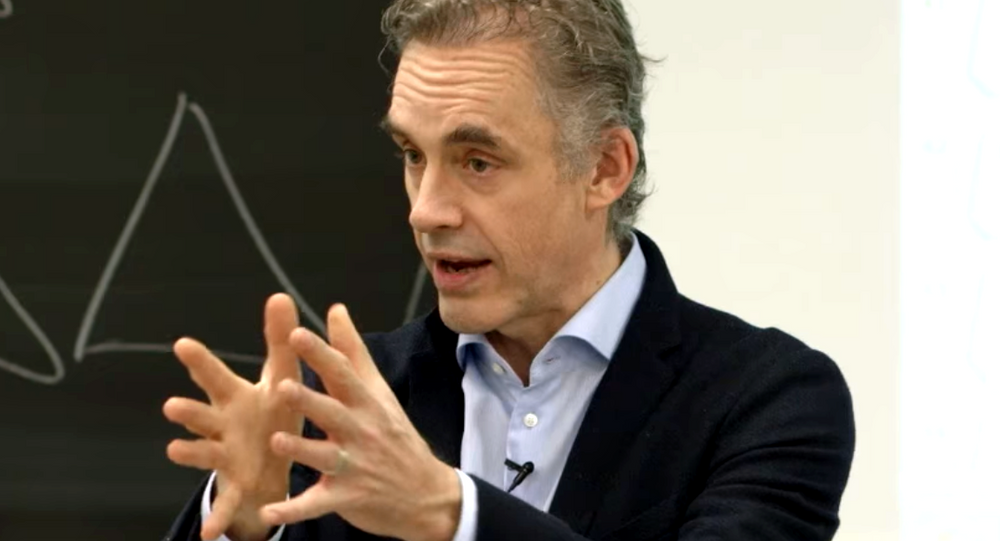 Jordan Peterson, the author of the new bestseller "12 Rules for Life. An Antidote to Chaos", addressed the criticism from one of the architects of Sweden's "feminist" policy in a series of interviews with Swedish media by accusing Margot Wallstrom of "not doing her homework".

Last week, Swedish Foreign Minister Margot Wallstrom made waves with her curt remarks about Canadian professor Jordan Peterson, accusing him of misogyny and bluntly telling the freethinker, who attracted international attention with his consequent criticism of feminism and mandatory gender-neutral pronouns, to "crawl back under your rock."

According to Peterson, Wallstrom has no idea what she's talking about.

"If she had done more than just merely read the second-hand opinions from ideologically obsessed journalists, she might have come up with other thoughts," Peterson told Expressen, a tabloid daily.

According to Peterson, Wallstrom has no evidence whatsoever to substantiate her unfounded claims of misogyny and failed to do the difficult task of doing the necessary investigation.

Peterson stressed that virtually everything he has told his students over the past 30 years is on record, including hundreds of hours of video lectures. Had there been anything remotely misogynist to suffice for a reasonable charge, then "people who have made it their job to drown him" would have gone to any length to find the evidence, which apparently doesn't exist, the Toronto University professor said.

"I would suggest that someone in [Wallstrom's] position with authority and reputation be somewhat more careful about branding and casually insulting people she knows absolutely nothing about," Peterson said.

© CC BY-SA 2.0 / Gage Skidmore / Jordan Peterson
'Humanities Hijacked by Ideologues': Jordan Peterson Excoriates Western Academia
By his own admission, he'd invited Wallstrom to one of his lectures in order to form her own opinion, an opportunity she apparently forfeited.

In another interview with the website Kvartal, the clinical psychologist said that someone in Wallstrom's position is expected to "do her homework" before "throwing casual insults".

Peterson claimed to have helped many people in Sweden "put their lives together" and combat the afflictions of alcoholism and depression.

12 Rules for Life crawled out from under a rock in Sweden to take the Number One spot in book sales: pic.twitter.com/ePzIbIc7N5

When asked by journalist Jörgen Huitfeldt about Swedish society pursuing such goals as the even distribution of unpaid home tasks, power and influence in society and economic equality, Peterson ventured that the Swedish state is "in danger of moving into domain best left to private citizens." Peterson also remarked that the outcome depends very much on who gets to define equality and how.

"So good luck. My suspicion is that your society is at the point of pushing the equality of outcome doctrine farther than it naturally manifests itself, which will produce policies that are becoming increasingly invasive and that people will find increasingly intolerable," Peterson said.

"Well, I don't agree with Jordan Peterson in either his pragmatic view of the truth (team Sam Harris) or his Jungian philosophy. But the left and [the Swedish media] show such dishonesty in their attacks against him, that I have to defend him," Moderate MP Hanif Bali tweeted.