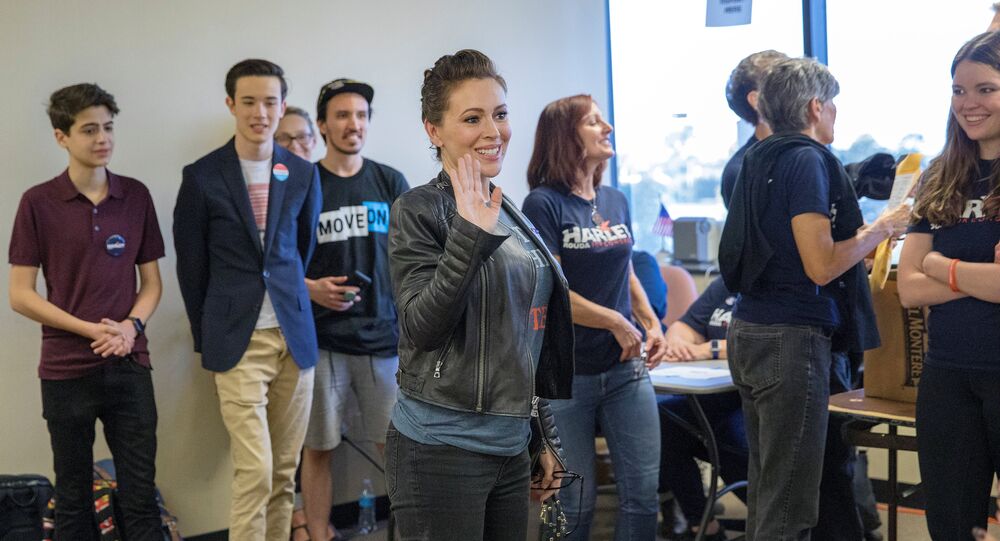 The Supreme Court said Friday that 85-year-old Justice Ruth Bader Ginsburg, who is one of the four women to be confirmed in the Justice role, is back home after being released from hospital. Supreme Court spokeswoman Kathy Arberg says she is "doing well" and working from home.

She had earlier been admitted to George Washington University Hospital in Washington for a check-up and treatment after fracturing three ribs in a fall in her office at the court.

Ruth Bader Ginsberg can have my ribs. And my kidneys and a lung. And anything else she needs. She can even have my husband on Thursdays.

One user instantly jeered at “a healthy, functioning democracy right here,” whereas another poked fun at Milano sincerely believing “a rib transplant is a good solution”:

A timeshare husband was most vigorously chewed over by the Twitterati, with one quipping that in the event of the justice indeed accepting her offer, Alyssa “won’t need her husband on any day of the week.” He further brought up an issue regarding brains, however, noting that there won’t be many eager to borrow hers.

Both your kidneys? You do realize that if she takes you up on the offer you won't need your husband on any day of the week, right? Please say you know this. But then again, it's impossible not to notice that you didn't offer your brain. Not many takers for that one, I'm sure.

I sent her three McRibs for transplant so she'll do fine

One noted along the same lines that Ginsberg would hardly be interested in Milano’s husband, since her late spouse, also a famed lawyer, was “a genius.”

Also, loads of hilarious gif-images poured into the comment section:

Timeshare husband sounds like the light at the end of any tunnel.. pic.twitter.com/ZztssteiSW

So listen, now that your Thursdays are free pic.twitter.com/KPRfIE1Lge

Crazy ideas, meanwhile, appeared contagious, with some apparently picking up the baton from Milano:

I volunteer to make her a Supreme Court robe out of bubble wrap, to keep her safe. ♡

And I'd volunteer to make the bubble wrap mask over her face… To keep her safe of course;)

I'll offer up mine on Tuesdays! That's trash day.

Agreed. I’ll happily give here my ribs, and I’m also happy to fill in for any duties you may have on Thursdays. I validated with my wife. She’s onboard for this logic train. 😁

Days earlier, Milano prompted loads of mockery on social networks after quite bizarrely claiming that Democratic Senate candidate Beto O’Rourke’s electoral defeat in Texas might be “okay” as it “now” obviously paves the way to his presidency in 2020. Many laughed her comments off, with one even suggesting that her endorsement is in actual fact nothing more than “a kiss of death.”