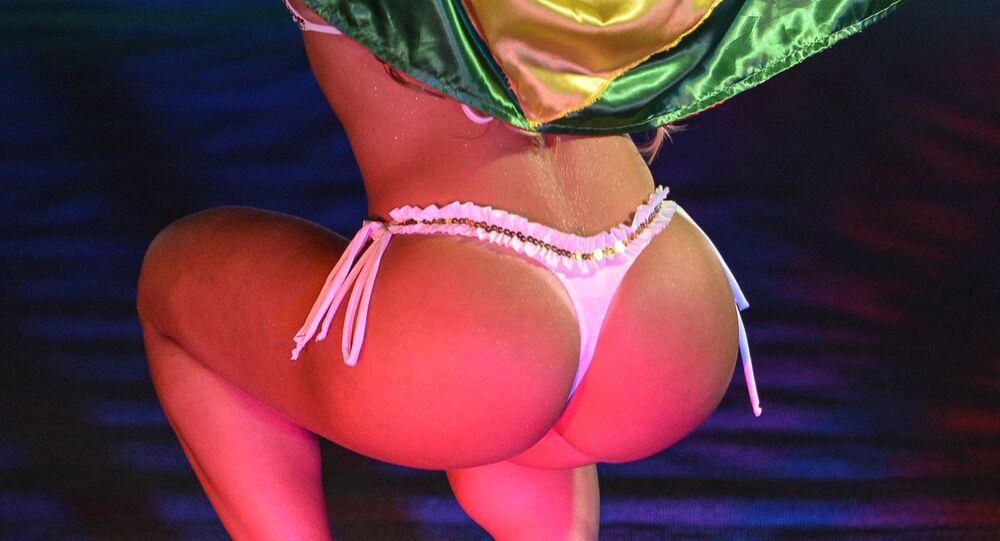 Facing a barrage of accusations from her vanquished opponent at the pageant, the newly crowned Miss Bumbum 2018 Ellen Santana stated that she wants to be an inspiration to women around the world, and that “to be a winner you need to know how to lose.”

The finale of the last-ever Miss Bumbum contest in Brazil erupted into chaos when the event’s winner was suddenly pounced upon by a sore loser right in the middle of the award ceremony, held at Club Eazy in Sao Paulo.

© AFP 2021 / NELSON ALMEIDA
Miss BumBum Contestants Pose With X-Ray Pics of Their Backsides to Prove Authenticity (PHOTOS, VIDEO)
As Ellen Santana was being crowned Miss Bumbum 2018, another contestant named Aline Uva charged her and snatched the winner’s ribbon from her victorious rival.

According to Uva, whose 110cm derriere is 5cm bigger that Santana’s, and who gained the most public votes in the run-up to the final, the vote was sabotaged and she is the one who should’ve won the pageant.

"I obeyed all the rules and my bum is the only one that's 100% natural. I grabbed the winner's ribbon because I'm the only woman who really deserves the title," Uva said, as quoted by The Daily Mail. "I represent the natural Brazilian bum and nobody can take that away from me. The three women who got the most votes are all fake, their bottoms are pure silicone, that's an injustice."

Santana however retorted that while Uva took her ribbon, she can’t take away her title.

​"I worked the hardest and deserve this title because my butt is by far the firmest. To be a winner you need to know how to lose, and if I'd have lost I would have done so with dignity, unlike her. Now I want to be an inspiration to women around the world. To show them that they can achieve everything they dream of, whatever adversaries they face," Miss BumBum 2018 declared.